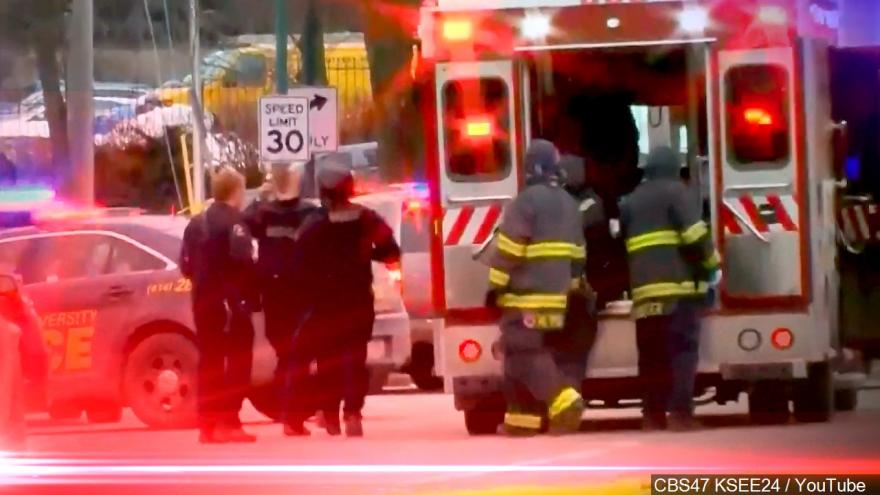 (CNN) -- An employee stormed the Molson Coors complex in Milwaukee and killed five co-workers before turning the gun on himself in one of the city's deadliest shootings.

The company did not identify the 51-year-old shooter, but said he was an "active" employee at the sprawling facility. It did not provide details on a possible motive for the shooting Wednesday or the identities of the victims, pending family notification.

All the people killed are Molson Coors employees, and were found in the same building, police said.

"There are five individuals who went to work today, just like everybody goes to work. And they thought they were going to go to work, finish their day and return to their families. They didn't and tragically they never will," Mayor Tom Barrett said.

More than 1,000 people were working at the campus when police received reports of a shooting at 2:08 p.m. local time, police Chief Alfonso Morales said. The complex includes a mix of corporate offices and brewing facilities.

Minutes later, employees received texts and emails from the company warning them about the gunman.

"Active shooter We are still on lockdown, please remain in a safe place, police are investigating. Reply with YES to confirm receipt," another one said.

Scores of police officers, SWAT teams and FBI agents rushed to the scene and could be seen walking around the Miller Valley neighborhood, which is named after the iconic 160-year-old brewery.

"Start the casualty collection at this point ... and let's start working out getting some meds in here," a voice says.

When police arrived at the scene, they screened employees and checked them off one by one before securing the area hours later and allowing them to go home, CNN affiliate WITI said.

When the shooting happened, Molson Coors was hosting an annual conference in Texas. Company CEO Gavin Hattersley was at the event and suddenly announced he was leaving, according to a source familiar with the company.

The corporate offices will be closed for the rest of the week and the breweries will remain closed until further notice.

"This is an unthinkable tragedy for us," Hattersley said.

A prayer vigil for the victims is set for 7 p.m. local time Thursday at The Ridge Community Church -- about 10 miles from the Molson Coors site.