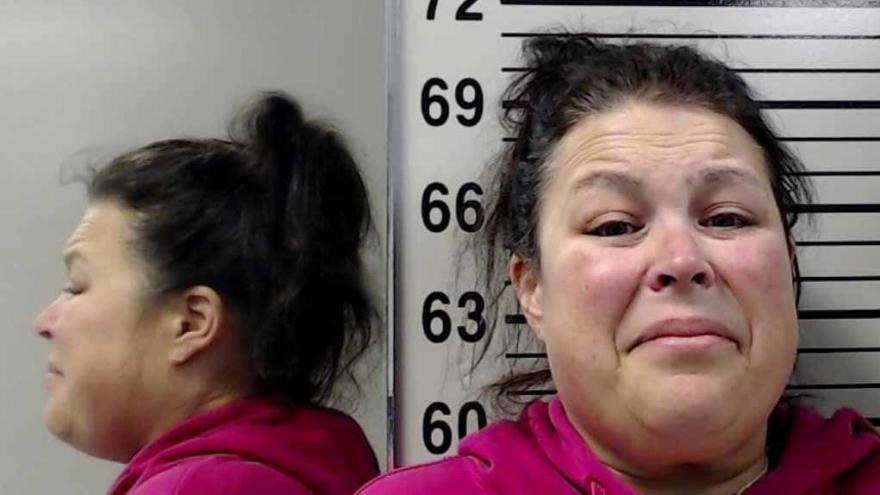 Alton, ILL (KMOV) -- A Madison County mother is accused of concealing her daughter’s medical condition, which reportedly led to her death.

State’s Attorney Tom Gibbons filed charges on Thursday against Amber Hampshire in relation to the death of Emily Hampshire. Hampshire turned herself in and later posted bond, which was set at $100,000, on Thursday.

According to officials, the 14-year-old was diagnosed with diabetes in 2013 and previously suffered serious medical complications as a result of diabetic ketoacidosis. The elder Hampshire reportedly knew of the diabetic condition and took measures to conceal it. She also allegedly failed to provide her daughter with appropriate medical treatment and medication, which officials claim led to the teenager’s death from diabetic ketoacidosis.

Police were called to a home on Brentwood Boulevard in Alton on November 1 and found Hampshire unresponsive and not breathing. Emergency crews determined the teenager was in cardiac arrest. She was taken to a hospital and airlifted to a St. Louis hospital, where she died on November 3.

The search warrant obtained by News 4 states that in February 2018, the teenager was hospitalized or pneumonia and diabetic ketoacidosis. She was then reportedly prescribed insulin as a routine medicine after her release and provided with further information about diabetes, insulin and dietary needs. Three follow up appointments were also scheduled but the 14-year-old never showed up.

According to the search warrant, there is no current evidence provided that shows the insulin prescription was ever filled. There is also allegedly no proof that the girl saw a medical professional regarding the diabetes diagnosis following her hospitalization earlier in the year.

The 39-year-old mother has been charged with involuntary manslaughter and endangering the life or health of a child.