Michigan mom tries to buy iPhone, ends up with 2 bars of soap and loses $450 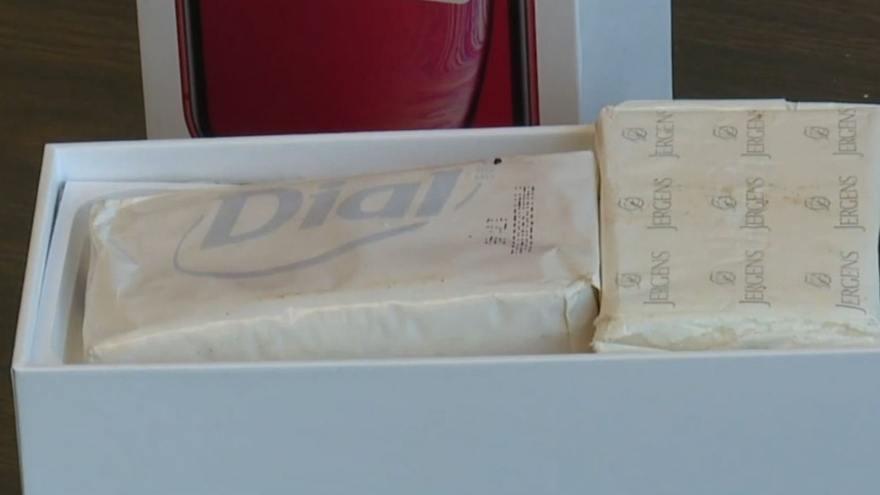 A Michigan mom says she was just trying to buy her daughter an iPhone, when she ended up getting scammed. Source: WXYZ/WMYD
By Web staff

ALLEN PARK, Mich. (WXYZ) -- Samantha Powell is a Michigan mom who says she was just trying to buy her daughter an iPhone, when she ended up getting scammed.

A few weeks ago, Powell says she made a deal with a "seller" on the app 'LetGo'. They communicated on the app and agreed on a price of $450.

Powell says she had saved money for 6 months in order to buy her daughter an iPhone before school started.

She agreed to meet the "seller" at an apartment complex in Allen Park. She had gone there with her husband, but when they exchanged the money and the iPhone box,

Powell says the "seller" took off running. Her husband opened the box and found no iPhone, just two bars of soap.

Powell told 7 Action News, "When he opened it, we were both dumbfounded. We were just staring at it: Did that just happen?"

She says they tried going after the "seller" but she was gone.

They called police and also filed a police report. Powell says she heard the "seller" even went on Facebook and bragged about what she had done.

"She was pretty much saying haha thinking that she wasn't going to get caught," she says.

But she may not be laughing now. Powell says the 18-year-old "seller" used a fake name on 'LetGo', but had provided her phone number for the sale. That's how police were able to figure out who she is.

Powell says that "seller" is an 18 year-old woman. Police say she has been ticketed and if she doesn't show up for court, a warrant will be issued for her arrest.

Meanwhile, Powell says she hopes her story will help remind others to meet up at a police department for such a transaction. She has since gotten her daughter an iPhone off Craigslist. She said she met the seller at a local police department and had no problem.