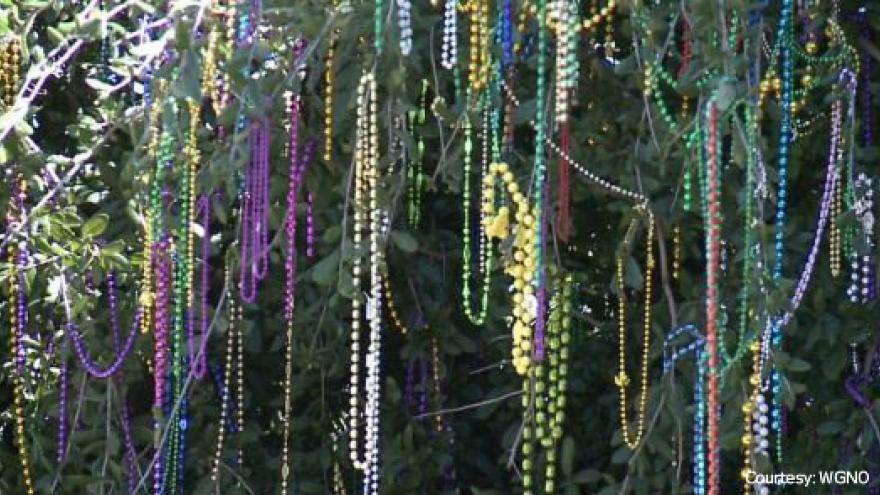 New Orleans, LA (WGNO) -- The city just wrapped up its emergency catch basin cleaning contract, a four-month operation that was part of the city’s response to the August floods.

During what appeared to be a routine press conference, a shocking statistic came out: Roughly 93,000 pounds of Mardi Gras beads were pulled from the city’s catch basins. (There are 62,092 catch basins in New Orleans.)

A spokesman for the city said local nonprofits are starting bead-recycling initiatives along the parade route this year.

Catch basins were just one of the problems the city experienced during historic rain events in August, downpours that caused widespread flooding in several New Orleans neighborhoods.

Many of the city’s pumps were not functional during the event, but it was later learned that catch basins had not been properly maintained.

After 120 days, the city says there is still more work to do to get the catch basins fully cleaned.