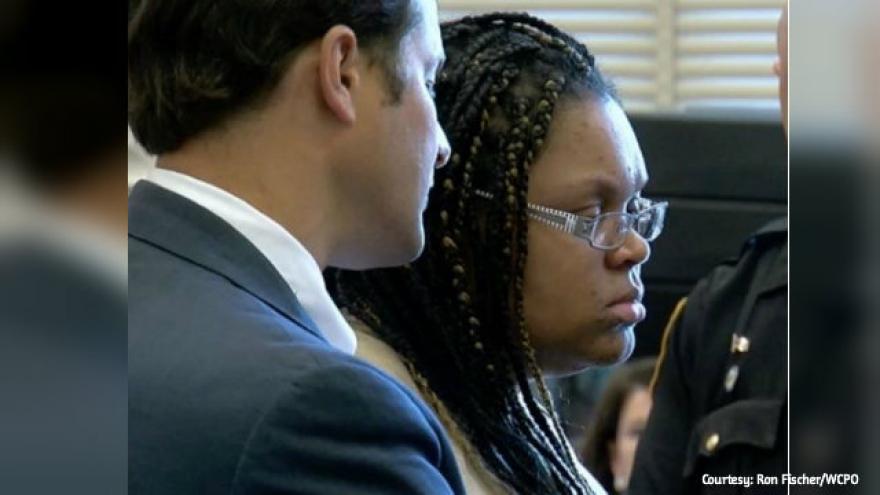 Cincinnati, Ohio (WCPO) -- Andrea Bradley pleaded no contest in court Wednesday to three charges related to the 2015 death of her toddler daughter.

Bradley is charged with aggravated murder, endangering children and murder as a special felony in the death of her 2-year-old daughter Glenara Bates.

Bradley's plea of no contest is an alternative to a guilty or not guilty plea: A defendant who pleads "no contest" does not admit guilt, but does admit the information in the indictment is accurate, according to the Ohio Bar Association.

Bradley has been in and out of court for two years. She rejected multiple plea deals that would have reduced her sentence to 15 years.

After her attorneys asked for a continuance following her second plea deal rejection, Bradley blurted out -- in open court -- that she didn't care about a deal.

"It don't matter what I want," Bradley said. "Give the world what they want. If they want the death penalty, give it to 'em. I don't care."

The jury in Glen Bates' case said it found he was "the principal offender" in Glenara's torture. He was sentenced to death in October 2016.

The deputy coroner who performed the toddler's autopsy testified during Glen Bates' trial in September called Glenara's death "one of the worst I've ever seen."

Hamilton County Deputy Coroner Dr. Jennifer Schott said Glenara Bates weighed only 13 pounds when she died, less than half the average weight of a 2-year-old. Schott also testified that Glenara was covered in "C-shaped scars," determined to be bite marks.

Schott also highlighted severe diaper rash that extended from Glenara's lower back to her thighs. During Bates' taped interrogation, he said Glenara was often made to sleep in a downstairs bathtub because of a bed-wetting problem. Prosecutors said the tub was filled with feces.

The deputy coroner said she believes Glenara could have survived had she been taken to a hospital.