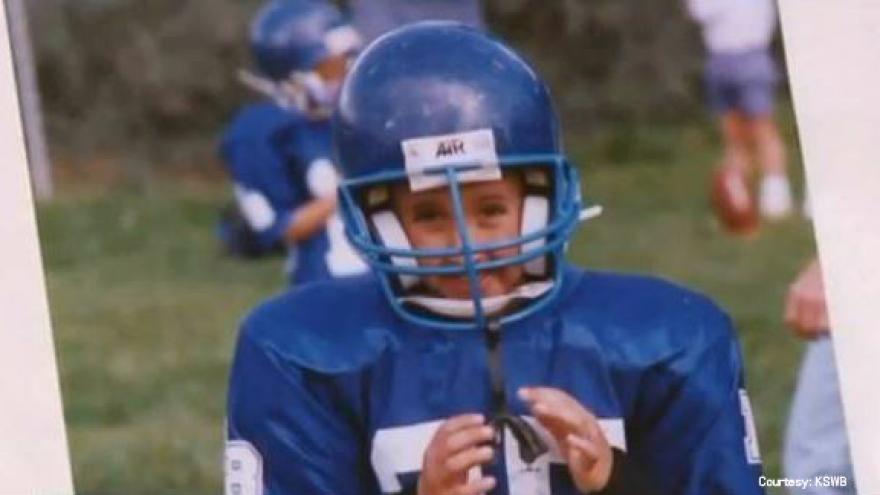 San Diego, CA (KSWB) -- Two California mothers are on a mission to change the game of youth football by suing Pop Warner for their sons' brain injuries and deaths.

It has been nearly three years since Jo Cornell lost her only child Tyler.

“My life is just less than. Less than,” Cornell said.

When she walks into his room she remembers what she misses the most about her football star.

“He was just the light in my life and just a joy to be around and that he would help anyone,” Cornell said.

That light went dark in 2014 when Tyler killed himself at age 25.

“It was the phone call that no mom should ever get,” Cornell said.

Cornell told FOX 5 that from ages 8 to 17, Tyler played football, mostly as a lineman, and had taken countless hits to the head. At the end of high school, she said her son began dealing with depression. She remembered news reports about CTE and the link to football, so she sent Tyler's brain to be tested. Cornell said sure enough, results confirmed he had CTE.

“It was a difficult report to read and see that on paper that truly my son had stage one CTE,” Cornell said.

In the following months, Cornell met Kimberly Archie, who felt her pain. Archie's son Paul Bright died in a motorcycle crash when he was only 24.

“I was floored, but when I heard from the police that he was driving reckless it reminded me of Junior Seau when he drove off the cliff,” Archie said.

Archie said she also found her son, who played football from ages 7 to 15, had CTE.

Now, the two women are teaming up and suing Pop Warner. They accuse the youth football organization of failing to have equipment standards - like for helmets - and not having league-wide safety guidelines.

The two mothers say they are not suing for the money, but to make a difference in others' lives.

“We’re saving young boys. We are saving families from our pain and our heartache, and again Tyler’s life wasn’t in vain. I say football had an impact on my son. Well, my son is going to have an impact on football now,” Cornell said.

The women said they would like to see kids play flag football until they get into high school.

Pop Warner told FOX 5 it does not have a comment on the lawsuit at this time.

However, on the organization's website, it says contact between players has been limited during practice. That change took place in 2012.

A trial date in this lawsuit case has not been set.