Montana asks for federal protection of many of its grizzly bears to be lifted. This would allow hunting for first time in decades 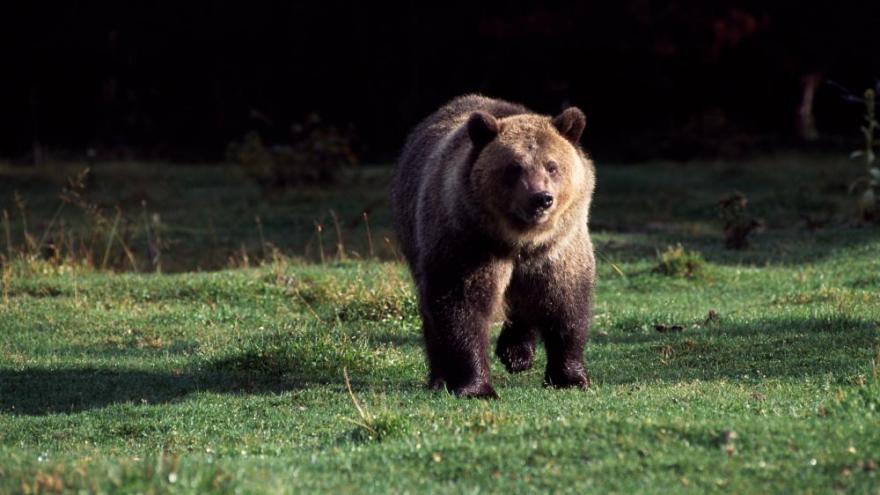 A grizzly bear roams Glacier National Park in northern Montana earlier this year. Montana's governor is seeking to end protections for some grizzlies, a move that -- if approved by federal officials -- could allow hunting of the bears for the first time in decades.

(CNN) -- Montana's governor is seeking to end protections for some grizzlies, a move that -- if approved by federal officials -- could allow hunting of the bears for the first time in decades.

According to a news release from Gov. Greg Gianforte, he believes the number of bears in the Northern Continental Divide Ecosystem (NCDE), in the northwest part of the state, has surpassed recovery goals. Gianforte says it is time for the state to manage the bears.

"With the grizzly bear recovered, keeping the species listed under the Endangered Species Act will only continue to impact communities, farmers and ranchers, and recreationists around the state," he said. "It also limits Montana's options when it comes to dealing with conflict bears."

The state announced it will be petitioning the US Fish and Wildlife Service (FWS) to remove protections for grizzly bears in the NCDE. The move is being met with opposition from some groups.

Aside from the NCDE, the majority population of grizzlies in Montana reside in two other ecosystems: the Greater Yellowstone and Cabinet-Yaak, according to FWS.

The petition would delist the species from the list of Endangered Threatened Wildlife and Plants, which would lift protections on the species and could allow them to be publicly hunted again.

Hunting of grizzly bears is illegal in the Lower 48 and is allowed only in Alaska, according to FWS.

"It's very disappointing to see them moving forward with this," Andrea Zaccardi, senior attorney for the Center for Biological Diversity, told CNN. "It seems that Montana is taking a piecemeal approach to how they view grizzly bear recovery."

Grizzlies were first listed as threatened under the Endangered Species Act in 1975, making it illegal for anyone to harm, harass or kill the animals unless in cases of self-defense or defense of others.

In March, the FWS reclassified the species in the NCDE as biologically recovered, which means they have met recovery criteria but still could use protection. Their status remains threatened. The agency recommended no changes to the status of grizzly bears in the Lower 48.

For activists, the concern lies with the government.

"I don't have any faith that Montana, right now at least, can responsibly manage their wildlife and especially predators such as grizzly bears," Zaccardi told CNN.

According to the five-year status review done by the FWS back in March, in 1975 the population of bears in the Lower 48 was between 700 and 800. Now, in the NCDE alone, there are nearly 1,100, state officials said.

But according to the FWS, "considerable challenges remain to fully recover the grizzly bear in the Lower 48 states."

Those include limited habitat connectivity, management of access by motorized vehicles, human-cause mortality and uncertainty surrounding future conservation efforts in some ecosystems.

Montana's petition will undergo a process with FWS starting with a 90-day review period, according to the petition process.

"We are hopeful the US Fish & Wildlife Service will take a close look and deny it," Zaccardi says.

The FWS told CNN it has not yet received Montana's petition and declined to comment further.