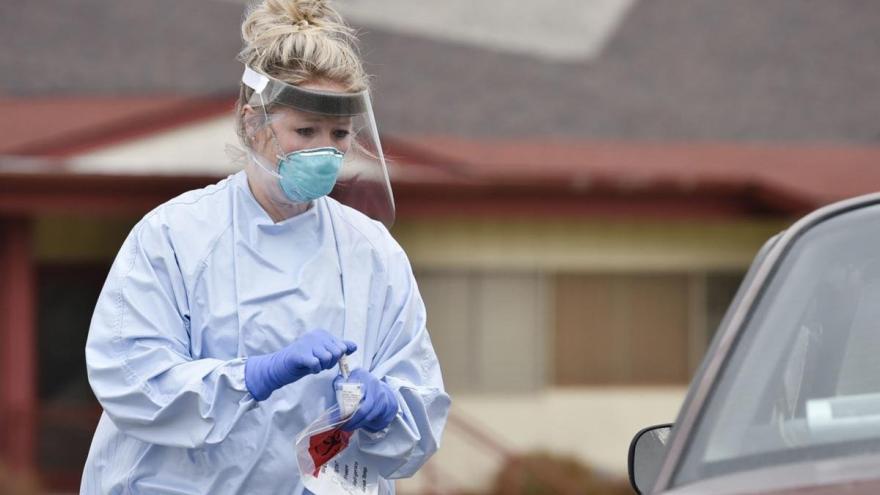 HELENA, Mont. (Independent Record) -- Montana will establish a target of 60,000 tests for COVID-19 each month, Gov. Steve Bullock said Wednesday, adding that it's a goal the state will need to work up to by increasing testing supplies.

The state also plans to test all residents of nursing homes and assisted living centers, as well as employees who work in those facilities. Older people are especially susceptible to severe outcomes from COVID-19, as shown by six of the state's 16 deaths tied to an assisted living center in Toole County.

Given the challenges Montana has faced — along with essentially every other state in the country — in getting the supplies necessary to both collect samples from people and process those tests, Bullock acknowledged it will take time to build up to that testing goal. Existing testing numbers illustrate how heavy of a lift it may be: by Wednesday, Montana had processed tests for 13,528 at the state public health laboratory in Helena since the start of March. More than 2,500 tests have also been sent to private labs.

"I'd like to see 15,000 a week. Do I think that'll happen next week as we start ramping up? Absolutely not, but that's the goal and we'll get there as soon as we can," Bullock said in a call with the press. He said later Wednesday that the federal government has committed to providing Montana with 12.7 million of the swabs needed for testing in May.

The governor also emphasized that 60,000 tests does not necessarily mean 60,000 people will be tested, as some may be tested more than once in the period.

"If we go out and in the first month are successful in testing all of our Montanans in nursing homes and assisted living facilities, that doesn't mean they're all done and they have nothing to worry about," Bullock said.

The news on testing comes as the state is a few days into Phase 1 of a gradual lifting of some of the regulations residents have been under, including a stay-at-home order. Some churches held services Sunday, and retail shops around the state could open with a reduced capacity Monday. On May 4, restaurants can start to open at half capacity. However, counties have the option of imposing more stringent restrictions.

Bullock said it's a "tall order that I'm asking" to reach the 60,000 threshold, which was developed based on feedback from public health experts and compares to what other states are aiming for. But he said the federal government has indicated it will support states' testing plans.

The state would move to do surveillance COVID-19 testing in tribal communities once it increases capacity, Bullock said.

"There's a real concern (in Indian Country and urban centers with Native populations) because there's often multi-generational living and there are tribal members that have challenges and (health) compromises that can make them vulnerable to COVID-19," Bullock said.

Following that, the state will start to do surveillance testing in places where people are confined, such as the state hospital in Warm Springs and the men's and women's prisons.

And after that stage, the state will advance toward a longer-term goal of community health centers around Montana doing surveillance testing for representative populations in their communities, as well as front-line health workers. He said surveillance testing should begin early next week.

The state is also continuing to ask providers to test anyone with one or more symptoms of COVID-19, following an expanded list of symptoms from the Centers for Disease Control, including chills, shaking, muscle pains, headaches, a sore throat and loss of sense of smell or taste.

"We must continue to treat the virus with the vigilance that we have up until now," Bullock said. "The more protective actions that Montanans take now and in the coming weeks, the more likely that we're going to keep that curve flat, the more likely that we can deploy resources to where they're needed to conduct enhanced surveillance testing."

Bullock also announced the formation of five strike teams that can assist with outbreaks at facilities like nursing homes, and a $5 million grant accessible to public health departments to enhance contact tracking and other tasks.