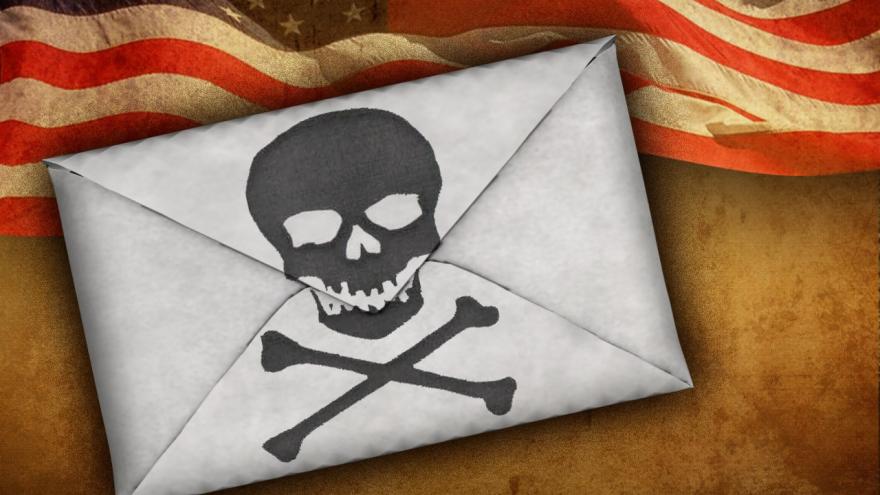 William Clyde Allen III, 39, was charged with mailing envelopes to the CIA director and the Air Force secretary as well as Trump and other top officials, according to court documents.

Allen pleaded not guilty to the seven charges, including threatening to use a biological toxin as a weapon. His attorney did not immediately return a message seeking comment.

All the letters had only the phrase "Jack and the Missile Bean Stock Powder," said David Backman, criminal chief for the U.S. Attorney for Utah.

They were all mailed the same day and had Allen's return address, prosecutors said. Allen told investigators he wanted to "send a message," but did not elaborate on his motivations.

A judge decided Monday to keep Allen in jail ahead of trial, despite a request that he's needed at home to care for his wife, who suffers from a spinal condition and uses a wheelchair.

The letters were intercepted and no one was hurt. They all tested positive for ricin.

Allen was arrested Oct. 2 at his house in the small city of Logan, north of Salt Lake City. He told investigators he bought hundreds of castor beans on eBay to "defend our nation" if "World War III broke out."

Allen served in the Navy from 1998 to 2002. He has a criminal record in Utah including child abuse and attempted aggravated assault.

He's also had a history of sending threatening emails to then-President Barack Obama, the Air Force and the state of Utah, investigators said.

Must-see images of the Great Lakes from space