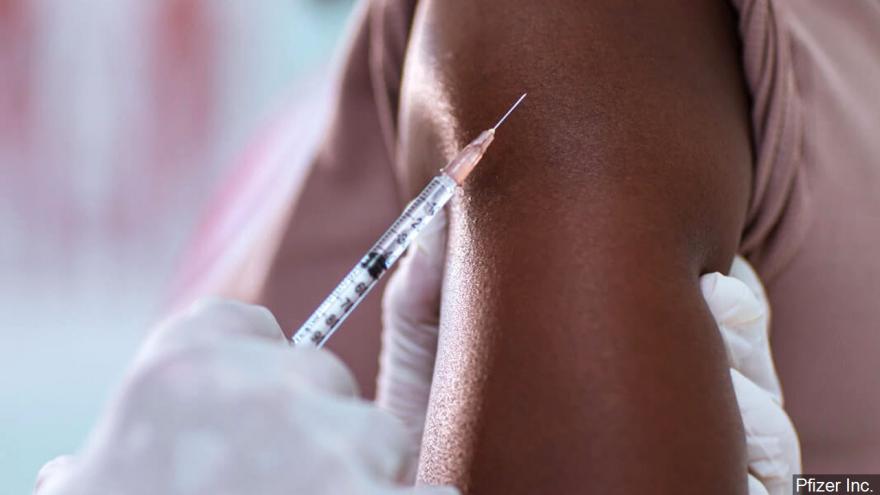 (CNN) -- A growing number of people -- now more than one in 10 -- have missed their second dose of Covid-19 vaccine in the United States, a cause for concern as the more transmissible Delta variant gains a foothold.

As of June 16, about 88% of those who received one dose of vaccine and were eligible for their second -- recommended 21 days after the first Pfizer/BioNTech shot or 28 days after the first Moderna shot -- had completed their two dose series, according to data shared with CNN by the US Centers for Disease Control and Prevention.

That's down from a 92% completion rate earlier in the year.

Studies have shown that the vaccines are much more effective against the Delta variant -- also known as B.1.617.2 and first identified in India -- after completion of the two-dose series.

"As this virus has mutated, there are versions of it which are better able to escape some of the immune protection that we get from the vaccine," US Surgeon General Dr. Vivek Murthy told CNN's Anderson Cooper last week, citing research that found that two doses of the Pfizer/BioNTech vaccine offered 88% protection, compared to 33% protection after just one.

"The key is, get vaccinated. Get both doses," he said.

Experts warn that the Delta variant may soon become the dominant strain in the US.

That could perhaps be within weeks in undervaccinated areas, Dr. Anthony Fauci, Director of the National Institute of Allergy and Infectious Diseases, said Wednesday. And CDC data shows that the Delta variant may already account for more than one in five new Covid-19 cases, a rapid increase from fewer than one in 10 two weeks earlier.

That leaves millions of partially vaccinated people at risk as the Delta variant continues to become more prevalent in the United States, along with 46% of the country's population that has not been vaccinated at all.

Adults under the age of 30 were most likely to have missed their second dose, with nearly 12% outside of the 42-day allowable interval.

Young adults have become a key focus for the White House.

Officials have said that adults under 26 are the only group expected to miss the administration's goal to vaccinate at least 70% of adults with at least one dose by July 4.

And CDC studies published Monday found that younger adults lag others in vaccination intent, too.

Hispanic people were more likely than average to miss their second dose (11.4%), as were American Indians (12.6%) and Native Hawaiian/Pacific Islanders (12.4%).

But experts say more transmissible variants may raise the threshold for herd immunity, making every dose as important as the last.

"I will say, as worrisome as this Delta strain is with regard to its hyper-transmissibility, our vaccines work," CDC Director Dr. Rochelle Walensky said last week on Good Morning America.

"So I would encourage all Americans, get your first shot and when you're due for your second, get your second shot and you'll be protected against this Delta variant."