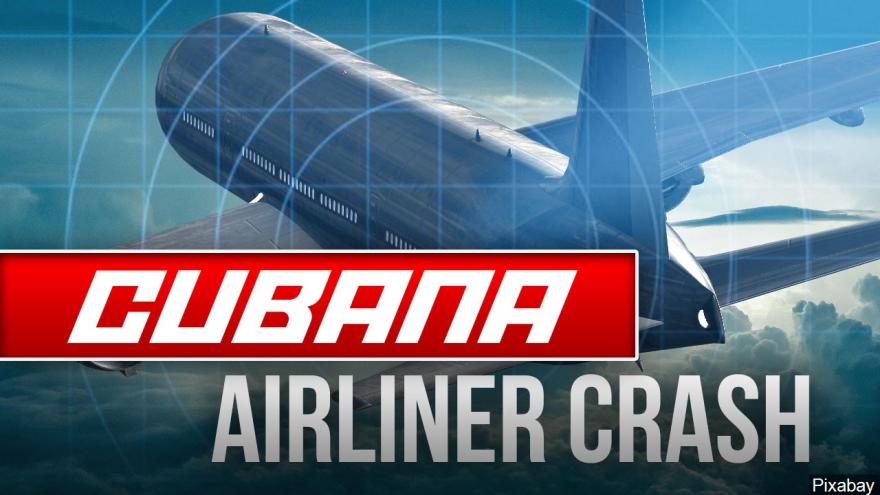 Three female passengers were in critical condition after surviving the crash into thick vegetation just miles from the runway, the state-run newspaper Granma reported.

Flight DMJ 0972 was headed to the eastern Cuban city of Holguin when it plummeted into in an agricultural area in the Santiago de las Vegas neighborhood at 12:08 p.m., according to Granma. Vice Minister of Transportation Eduardo Rodríguez Dávila said on Cuban state TV that there were 104 passengers and one infant. Of the 105 total passengers, five were foreigners, he said.

Orestes Bentancour, who lives near the crash site, told CNN that he was drawn out of his home by the "enormous noise" the plane made on takeoff. He said the plane appeared to swerve to one side and revved its engines before crashing.

The nearly 30-year-old Boeing 737-200 was owned by the Mexican airline Damojh and leased to Cubana de Aviacion, the Civil Aviation Authority said in a statement. The charter flight "suffered a failure" and crashed about six miles from the airport.

Search and rescue personnel descended on the area -- with some residents helping -- as firefighters tried to extinguish the flames, according to photos and video from the scene.

The Granma report included a photo from an airport terminal of a towering plume of black smoke rising in the distance.

A large fireball followed by a plume of smoke was visible near the airport on the outskirts of Havana, according to witnesses.

Cuban President Miguel Diaz-Canel was at the scene of the accident, the newspaper reported.

Diaz-Canel later offered his condolences to the victims' families and told reporters the cause of the crash was under investigation.

The fire at the crash site had been extinguished and no one on the ground was injured, he said.

Boeing issued a statement of condolence and said, "A Boeing technical team stands ready to assist as permitted under US law and at the direction of the US National Transportation Safety Board and Cuban authorities."

Holguin is more than 700 km (about 435 miles) east of the Cuban capital. Cuban state media originally reported the flight was bound for Guyana.

Cubana de Aviacion -- the national carrier -- has had to ground some of its aging fleet because of safety issues, though the cause of Friday's crash is unknown.

In November 2010, a domestic passenger plane with 61 passengers and 7 crew members crashed in central Cuba, according to state media.

The Aerocaribbean flight, carrying 28 foreign passengers and 40 Cubans, was traveling from the eastern province of Santiago de Cuba to Havana.