More than 200 people now charged in connection with Capitol riot 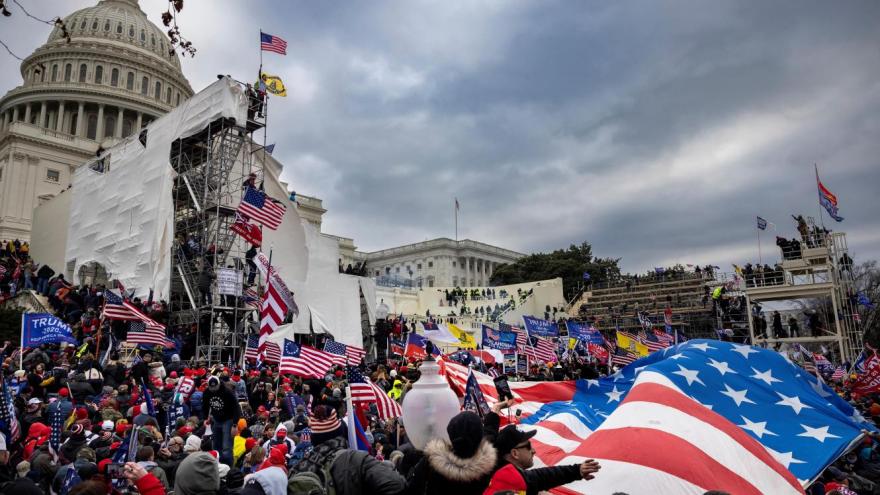 Prosecutors have charged more than 200 people with federal crimes in connection with the January 6 riot and insurrection at the Capitol, according to a CNN analysis of court records and Justice Department announcements.

(CNN) -- Prosecutors have charged more than 200 people with federal crimes in connection with the January 6 riot and insurrection at the Capitol, according to a CNN analysis of court records and Justice Department announcements.

The milestone comes mere hours before the start of former President Donald Trump's impeachment trial in the Senate, in which he is accused of inciting the riot and insurrection on January 6.

Trump's attorneys are arguing he didn't incite the riot that grew from his supporters' march to the US Capitol, and his words to the crowd that day, to "fight like hell," aren't meant to be taken literally.

Yet at least two of the alleged rioters who have been detained argued this week in court that Trump is the reason for the violence--with one even calling the former President a so-called "unindicted co-conspirator," according to a legal brief.

In that court filing Monday, defense attorney Lindy Urso argued that Patrick McCaughey III, who allegedly pushed to crush a police officer in a Capitol doorway, hadn't planned the attack and instead was inspired by Trump's words that day.

"The idea that there was a lack of planning finds some confirmation in the fact that the defendant's somewhat of a de facto unindicted co-conspirator in this case -- former President Trump -- was impeached for a second time precisely because it was alleged that he incited otherwise peaceful protestors, such as the defendant, to create violence at the Capitol," McCaughey's court filing said.

And on Sunday, another defendant, Matthew Miller, argues there's no proof he entered the Capitol or assaulted anyone, and was merely "following the directions" of Trump to march toward Congress. His defense attorney calls Trump "the country's chief law enforcement officer" in the court filing, which asks for Miller's release from detention.

Prosecutors say they believe Miller discharged a fire extinguisher toward police during the melee.