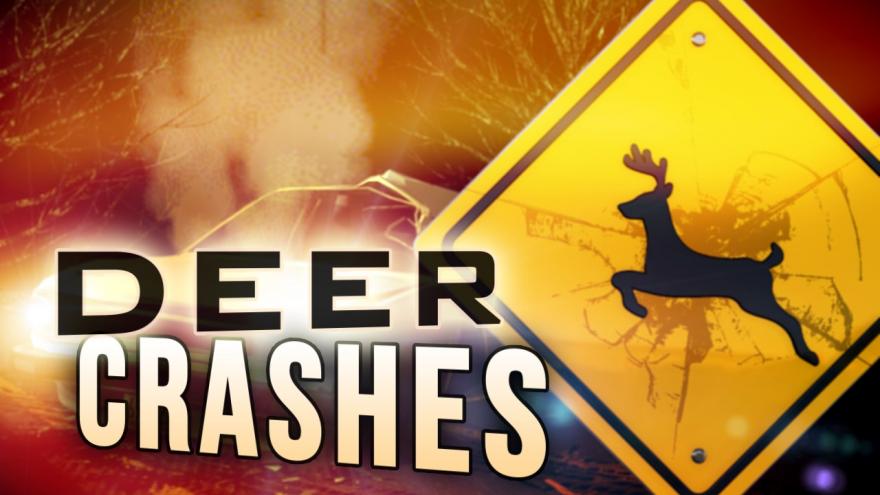 TUSCOLA COUNTY, Mich. (WNEM/CNN) -- It’s deer mating season and that means Michigan drivers across the state are at a greater risk of hitting them on the roads.

According to the Michigan Sheriffs’ Association, there were 46,870 crashes between vehicles and deer in Michigan last year.

Of those crashes, 1,240 resulted in injuries and 14 caused deaths.

The Tuscola County Sheriff’s Department said swerving off the road to avoid a deer often results in worse damage than hitting the animal straight on.

They also warned drivers not to “overdrive” your headlights to give yourself more time to react.

Lapeer County Sheriff's Department reminds drivers that deer travel in groups. If you see one, there's a high chance that others close by.

A study by State Farm ranked Michigan ninth in the nation for deer crash danger with the odds around 1 in 85.