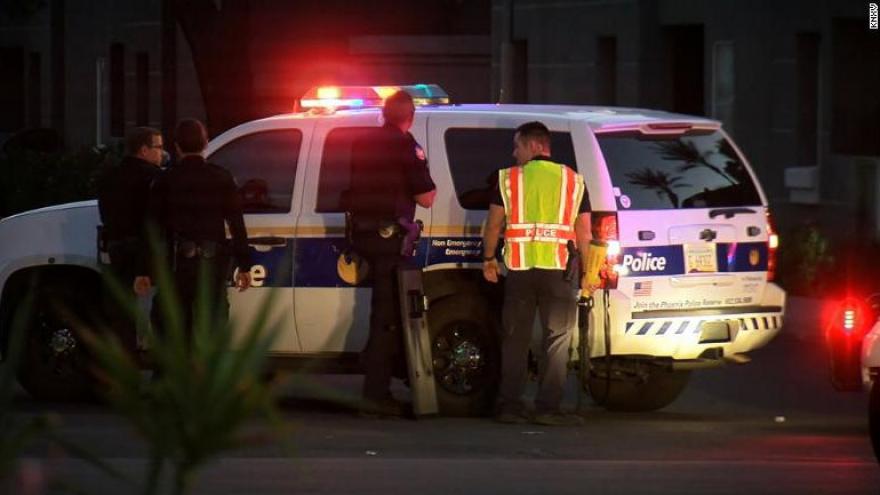 (CNN) -- A mother and her two children -- one just 10 months old -- were killed on Christmas in a domestic violence shooting at a Phoenix apartment complex, police said.

The suspect, who engaged police in a six-hour standoff before opening fire on officers, was taken into custody without injury, said Sgt. Jonathan Howard, a spokesman for the Phoenix Police Department.

The slain woman and the suspect "had these two children in common," Howard said. The other child who was killed was 11 years old. The suspect was the woman's estranged spouse, police said.

Police responded Monday around 3:45 p.m. to the Highland Apartments in Phoenix and found a woman dead in a parking lot, Howard said.

Neighbors said a man had taken two children hostage in an apartment, and officers launched into negotiations with him, Howard said.

During the talks, the man indicated he had killed the children and threatened officers, he said.

Moments later, the suspect began shooting at police, he said.

Officers managed to get into the apartment and apprehend the suspect, Howard said. They found the 11-year-old dead inside the home.

One officer who was injured in the shootout was in stable condition at a local hospital, Howard said.

It wasn't immediately clear when the children were killed. The medical examiner will work to establish that timing, Howard said.