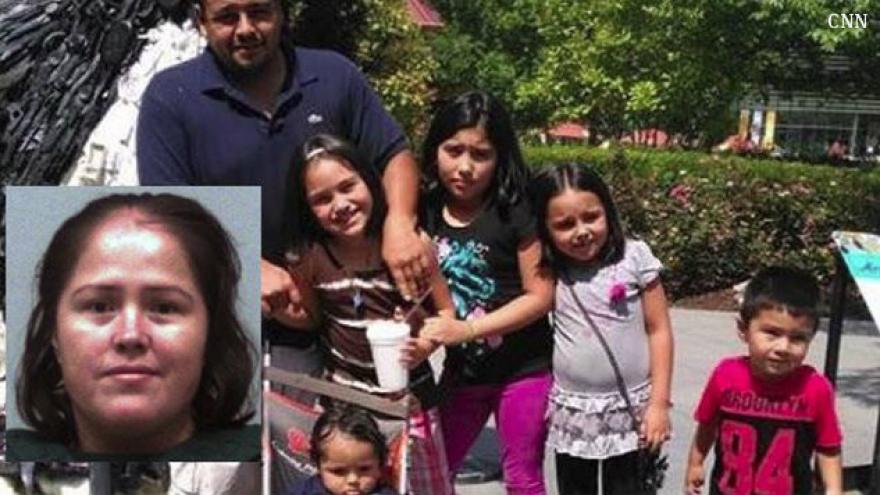 Gwinnett County, GA (WGCL) -- The woman accused in the fatal stabbings of her husband and four of her children in July of 2017 appeared in court on Monday.

The fifth child was identified as 9-year-old Diana Romero. She was hospitalized but has since recovered.

This all comes after officers were called to the family home on Emory Lane in Loganville on July 6, 2017 for a stabbing call. When they arrived on scene, they found Martinez's husband and four of the children deceased.

Neighbor Letty Perez told CBS46 News shortly after the incident that Martinez had lost her father and the family had only lived in the home for about a month after moving to Georgia from Illinois.

"She says her dad passed away months ago," said Perez. "I think she was in a depression. You can tell when somebody doesn't like their kids. They will scream or yell but she wasn't like that. She was a nice mom."

During an appearance in court last year, Martinez exhibited very unusual behavior. She smiled, extended her arms and gave thumbs up to cameras. She also knelt down on the floor before a bailiff ordered her to sit back down.

She was charged with six felony counts of aggravated assault and 10 counts of felony murder.

Martinez's legal counsel entered not guilty pleas on all counts in the indictment. No word on when she'll next appear in court.