Mother charged with murder in deaths of 2 young children 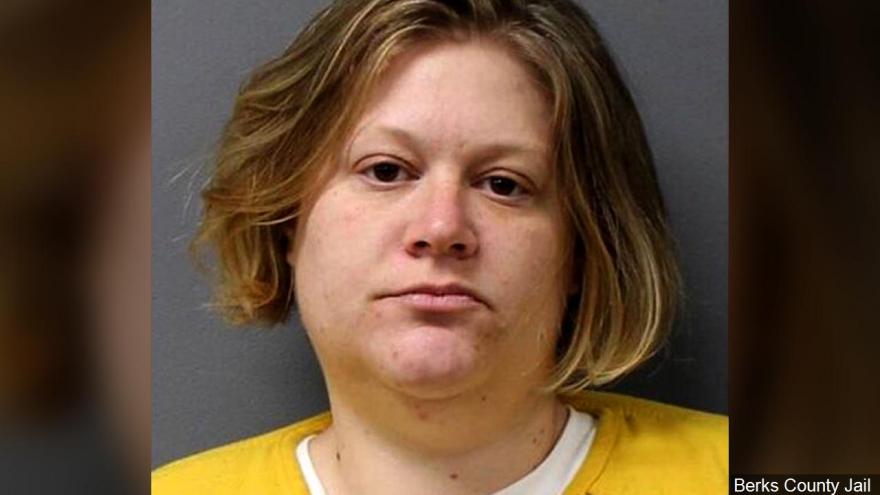 KEMPTON, Pa. (AP) — Authorities are linking the mother of two young children found hanging in a Pennsylvania home to internet searches for suicide and crime shortly before their deaths, according to court documents filed in support of murder charges against the woman.

Lisa Snyder, 36, was charged with first- and third-degree murder, child endangerment, and evidence-tampering in the deaths of the 4-year-old Brinley and 8-year-old Conner, prosecutors announced Monday. The children died three days after they were found hanging Sept. 23 in the basement of their Albany Township home.

A call was made to Snyder's attorney seeking comment.

"I don't think that I can stand up here, nor can anyone, explain the horrific loss of two innocent children's lives. I think it goes without explanation," Adams said. He said prosecutors will decide later whether to seek the death penalty if Snyder is convicted of first-degree murder.

Police said in an affidavit of probable cause that Snyder was linked to internet searches for episodes of a documentary series on crime called "I Almost Got Away With It," and the day before the bodies were found the account was used to search methods of hanging. On the day the bodies were found, a search was made on whether an idling hybrid car would produce carbon monoxide, authorities said. The defendant acknowledged that she had picked up a dog leash from a store that day that was used in the hanging, authorities said.

The Lehigh County coroner's office said Monday that both children were killed by hanging and ruled the deaths homicides.

Snyder has maintained that the children killed themselves, but Adams said authorities were suspicious about the case from the beginning.

"Eight-year-olds, generally, that I am aware of, do not commit suicide, so of course we had questions," Adams said.

Snyder had alleged that the boy was bullied, but authorities said there was no evidence of that, and they said he showed no sign of distress on bus security video on the day the children were found.

Snyder remains in custody without bond; she said nothing to reporters as she was escorted from a state police barracks.