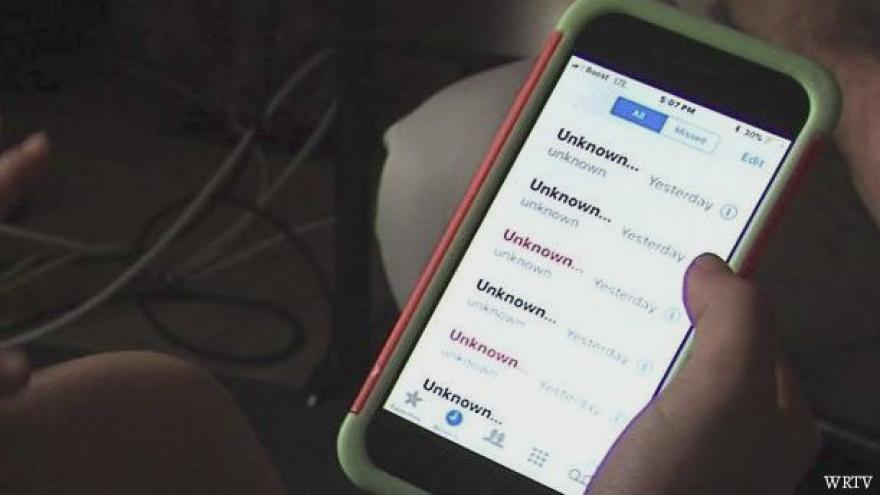 INDIANAPOLIS (WRTV) -- A young mother said she was afraid for her life after an unidentified man called dozens of times and then threatened to kill her.

The 24-year-old mother did not want her identity released but says the calls started about two weeks ago.

Then the calls took a turn this week and the caller started threatening to kill her and dump her body in the White River.

“(He said) that I would not end up to see my kids grow up,” she said. “And my kids would not be able to grow up either.”

The Indianapolis Metropolitan Police Department says a detective is working the case and trying to trace the calls back to the person making the threats.

“It definitely scares me, especially when I’m alone and I have my three kids. I definitely don’t feel safe,” said.

Police say you should ignore calls from blocked or unknown numbers and if you think you’re in danger – protect yourself – get with a family member or friend and call the police.