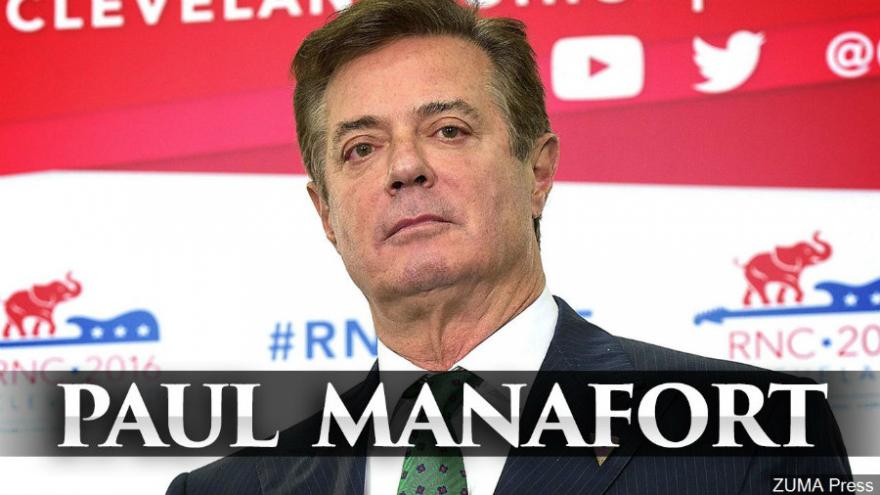 (CNN) -- The public will have to wait a little longer to read Paul Manafort's sentencing memo from special counsel Robert Mueller.

The critical filing had a midnight Friday deadline set by the federal court, but the report was not publicly released.

It is possible prosecutors have sent the document to Judge Amy Berman Jackson under seal with proposed redactions. It is up to Jackson to determine what happens next.

The memorandum is the last major requisite court filing in Mueller's longest running case, a sprawling prosecution of the former Trump campaign manager that led investigators to gather exhaustive information about his hidden Cypriot bank accounts, Ukrainian political efforts in Europe and the US and into Manafort's time on the 2016 presidential campaign.

A spokesman for the special counsel's office declined to comment about the situation Friday, and a spokesperson for the court could not be reached.

The special counsel has kept details about Manafort's cooperation have been especially guarded, since his interviews are a significant part of Mueller's investigation into Russian influence in the 2016 presidential election.

Manafort pleaded guilty in September to conspiracy against the US and conspiracy witness tampering. At the time of his plea, Manafort also admitted to a litany of money laundering and foreign lobbying crimes that encompassed his work for Ukrainian politicians and other clients over several years. Co-conspirators, Manafort said, were his long-time colleagues Rick Gates, who is still cooperating with Mueller, and Konstantin Kilimnik, whom prosecutors say is connected to Russian intelligence and who is at the heart of their inquiry.

The memo will also likely cover his and Kilimnik's alleged contact with potential witnesses in his case after Manafort's October 2017 arrest, and his lies about his interactions with Kilimnik in 2016 and other topics.

Previously, prosecutors said Manafort should face up to 25 years in prison and pay tens of millions of dollars for tax and bank fraud. Friday's sentencing memo will speak to consequences that could pile on top of the those.

Manafort's defense team has until Monday to file their own request for his sentence. He will be sentenced by Jackson on March 13 in his DC case. Five days earlier, he'll learn his sentence for the eight financial fraud convictions in the separate case in Virginia.

Manafort, who turns 70 in a month, has been jailed since June for the witness tampering.