Mueller says FBI not to blame for Flynn's false statements 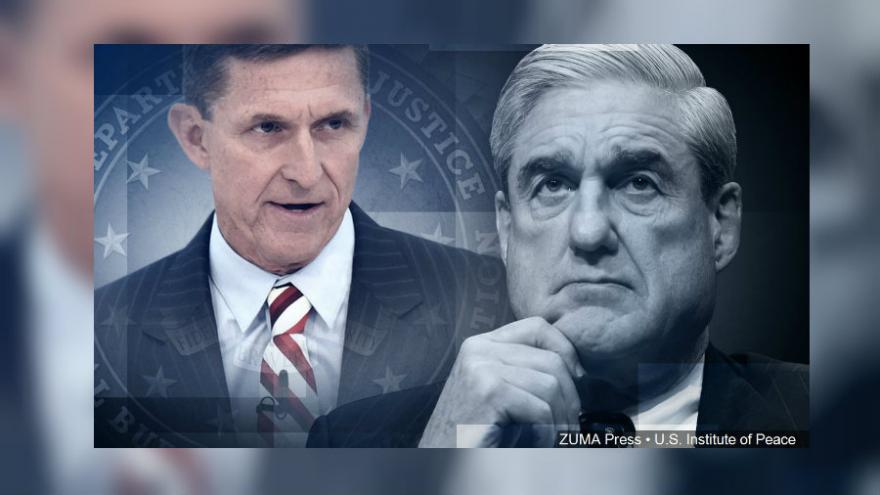 WASHINGTON (AP) — The special counsel's office is pushing back at the suggestion that the FBI acted improperly in its interview of former national security adviser Michael Flynn, saying he "chose to make false statements" and did not need a warning that it was against the law to do so.

The filing from special counsel Robert Mueller Friday comes four days before Flynn gets sentenced on a charge of lying to the FBI about his conversations with the then-Russian ambassador to the United States. It responds to a sentencing memorandum filed earlier this week by Flynn's lawyers that suggested there were irregularities in how he was interviewed.

The back-and-forth between prosecutors and defense lawyers has created an unusual rupture in an otherwise harmonious relationship as prosecutors had praised Flynn as a model cooperator and recommended that he receive no prison time at his sentencing.

The disagreement is unlikely to affect Flynn's chances for probation, but it's attracted the attention of President Donald Trump, who said this week that Flynn did not lie despite having fired him nearly two years ago for just that reason. The matter may also become a point of debate at next Tuesday's hearing, especially since the judge, Emmet Sullivan, has asked prosecutors to produce documents related to Flynn's interview.

They did so Friday as they said "nothing about the way the interview the way was arranged or conducted caused the defendant to make false statements to the FBI."

Prosecutors said Flynn had committed to a false story weeks before the Jan. 24, 2017, interview with the FBI, having lied several times already to White House officials about his dialogue with ambassador Sergey Kislyak and then repeating those falsehoods to federal agents.

Trump ousted him weeks after the FBI interview. White House officials said he had misled Vice President Mike Pence and others about his discussions on sanctions with Kislyak.

Prosecutors said Friday that Flynn voluntarily agreed to meet with the FBI without a lawyer present and had enough experience in government to understand the consequences of lying and "the importance of accurate information to decision making in areas of national security."

"A sitting National Security Advisor, former head of an intelligence agency, retired Lieutenant General, and 33-year veteran of the armed forces knows he should not lie to federal agents," Mueller's prosecutors wrote. "He does not need to be warned it is a crime to lie to federal agents to know the importance of telling them the truth."

Flynn's lawyers had earlier cast doubt on the process by saying the agents who questioned Flynn never told him it was against the law to lie. They also suggested that then-Deputy Director Andrew McCabe appeared to discourage Flynn from having a lawyer present by saying the Justice Department would have to be involved if the national security adviser wanted an attorney.

Though Flynn's supporters have seized on the fact that the FBI agents who questioned him did not detect signs of deception during the interview, prosecutors say that doesn't change the fact "that he was indeed lying, and knowingly made false statements to FBI agents in a national security investigation."

Mueller's office also released redacted memos and interviews of two FBI officials involved in the interview process - McCabe and former counterintelligence agent Peter Strzok. The notes paint a portrait of a strikingly relaxed and informal conversation, with Strzok in his interview noting how he had walked past Trump and some movers discussing where to place artwork in the White House.

"Flynn was so talkative, and had so much time for them, that Strzok wondered if the National Security Adviser did not have more important things to do than have such a relaxed, non-pertinent discussion with them," according to notes from the interview.