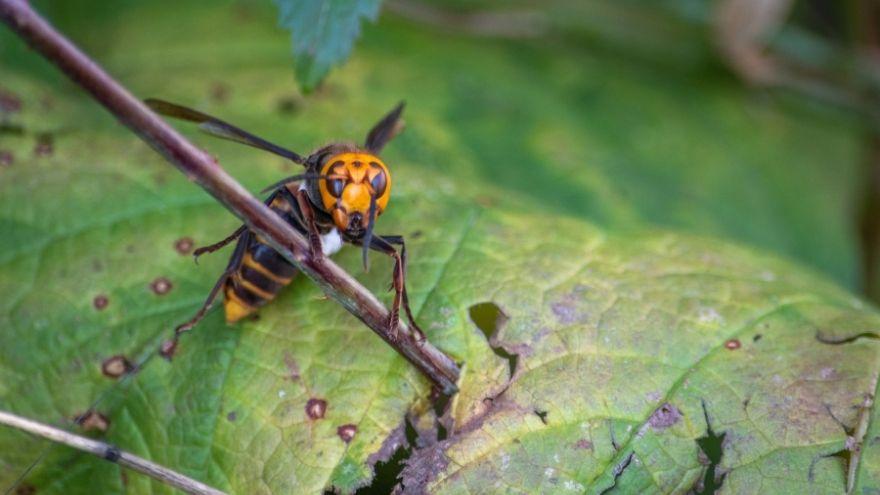 Photo courtesy of the Washington State Department of Agriculture
By Allen Kim, CNN

(CNN) -- If you thought giant "murder hornets" had disappeared because they dropped from the headlines, you are mistaken.

Entomologists from the Washington State Department of Agriculture on Thursday located the first-ever Asian giant hornet nest in the United States on a property in the town of Blaine.

Using a new type of trap, WSDA researchers tagged several captured hornets with radio trackers, which they used to lead them to the nest. The cavity of a tree found on private property was housing the nest, and WSDA members saw dozens of hornets entering and leaving the tree.

First discovered in Washington state in December 2019, Asian giant hornets are an invasive species not native to the US. They are the world's largest hornet and prey on honey bees and other insects. A small group of Asian giant hornets is capable of killing an entire honey bee hive in a few hours, the WDSA said.

Asian giant hornets typically nest in the ground but can occasionally be found nesting in dead trees.

The WSDA has setup a network of traps around the state, and entomologists have been tracking sightings of Asian giant hornets in an effort to find and eliminate any nests.