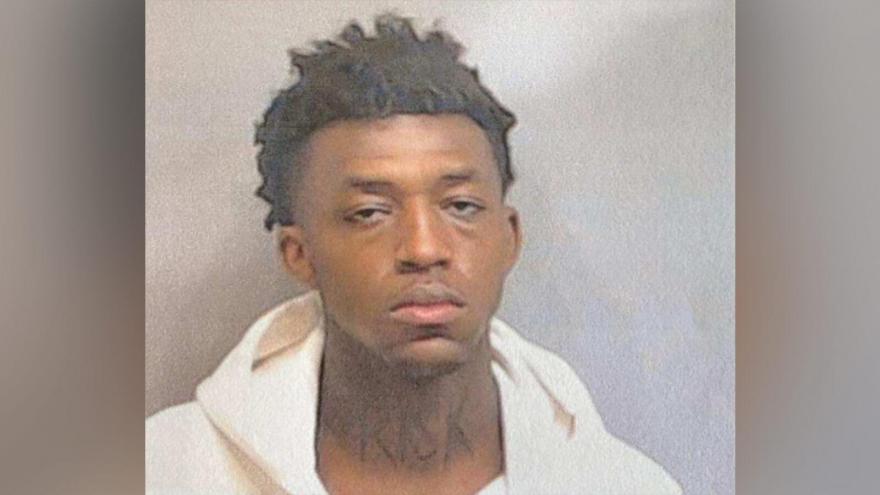 A murder suspect who was being extradited to Arizona from Georgia escaped while handcuffed and slipped into the woods near the Atlanta airport, Jsaan Carlos Strover is wanted in Arizona on a murder charge.

(CNN) -- A murder suspect who was being extradited to Arizona from Georgia escaped while handcuffed and slipped into the woods near the Atlanta airport, authorities said Thursday.

Jsaan Carlos Strover, 20, ran from deputies while walking to a tram connecting to Hartsfield-Jackson Atlanta International Airport, according to a news release from the Maricopa County Sheriff's Office.

Strover ran from deputies into a nearby forest, where he eluded them. He is accused of a murder in Phoenix, according to the release.

The Fulton County Sheriff's Office, local law enforcement agencies and the US Marshals are assisting Arizona authorities in the search for Strover.

"Jeopardizing public safety is unacceptable, we are grateful for the sacrifice and commitment of the Atlanta area law enforcement agencies and are hopeful for a quick and safe outcome for all involved," Maricopa County Sheriff Paul Penzone said.

Strover was handcuffed at the time of his escape, Atlanta police said. He was last seen wearing a blue jacket, blue jeans and no shoes, police said.