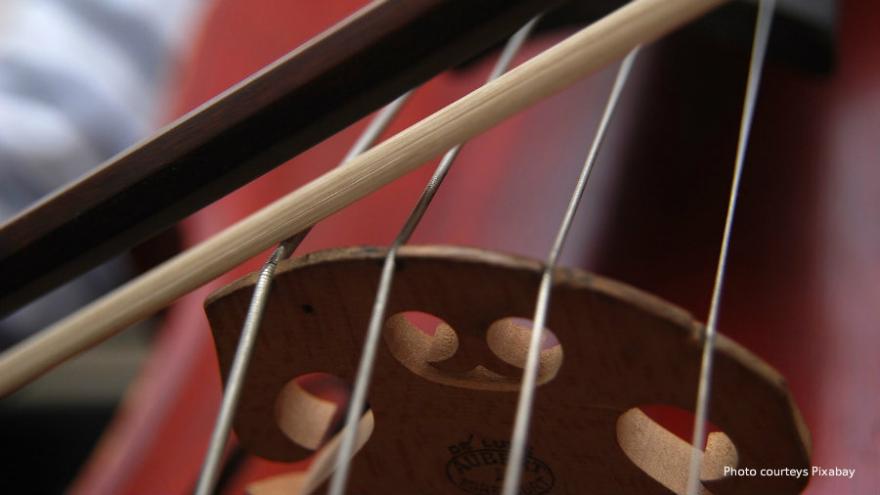 CHICAGO, Ill.  (WBBM-TV) -- A Chicago musician traveling with her cello was removed from an American Airlines flight in Miami as she tried to return home.

In a post on Facebook that has been shared more than 1,600 times, Jay Tang posted about his wife’s experience with American Airlines:

“So my wife Jingjing Hu a DePaul University School of Music student, is scheduled to fly back to Chicago on American Airlines flight 2457 from Miami today She is traveling with her cello in a hard case as a cabin baggage. I purchased two round trip tickets for her and her cello on [April 2] on the phone directly from AA and told them specifically that one ticket is for the cello as cabin baggage. I was told it is [absolutely] allowed and she won’t have any problem.”

“It was her first time traveling with the cello,” having its own seat Tang told CBS Chicago about the trip.

As immigrants from China aware of prior incidents with passengers on airplanes, Hu read articles about traveling with a musical instrument.

“We read the news about how passengers are treated on American airlines. We just don’t want to get in any trouble,” Tang said.

Hu had flown from Chicago to Miami days earlier without incident, her cello secured in the seat beside her.

On the day of her flight home, Hu said she arrived at the gate and requested to pre-board.

Hu told WBBM, “When I asked them can I pre-board, they never told me no.” She pre-boarded, requested and received a seatbelt extender, and settled in for the trip.

Hu said a flight attendant approached her before the airplane doors closed and told her she would have to leave the plane, as the aircraft was too small for the cello.

After she deplaned, Hu asked to see the regulations for traveling with a cello. She said they handed her a printout indicating that “bass violins/fiddles” are not permitted on a 737. Hu said the cello is not a bass violin or fiddle.

Beneath the rules about bass violins and fiddles, a section in the printout about the cello reads, “Cello must be assigned a bulkhead window seat on a non-exit row.” It goes on to state “This can be in any cabin.” There is also mention of “757 equipment.”

Another passenger on the plane, Sandy Schadt said, “Flight attendants from first class came back and said she would have to deplane because the plane was too small for the cello.” Schadt said as she boarded she had not noticed the cello in the row ahead of her.

After Hu was removed, Schadt says a man and a woman promptly sat in the seats previously occupied by Hu and the cello. “She was off and the next people were on,” said Schadt.

After deplaning, Hu learned the next American Airlines plane to Chicago was the same size as the one she had been removed from. “When I get off the plane they said the next hour plane is not available because it’s the same size,” Hu said.

American Airlines booked her on a larger plane, scheduled to leave the next day.

Her experience with the hotel also proved to be problematic, according to Tang’s update:

“Hours later, she was booked flight 2796 back to Chicago today, and given a room at Holiday Inn. The police officer escorted her to the shuttle bus. Once she arrived at the Holiday Inn, she was told that she was at the wrong Holiday Inn. So she had to wait for another shuttle to another Holiday Inn,” Tang posted.

“I cried alone in the lobby,” Hu said.

Hu spent the night in Miami. “She called me this morning and she was anxious about getting on the plane,” said Tang.

Tang posted an updated upon his wife’s return to Chicago:

“My wife is back home! Her luggage that arrived yesterday at ORD on the original flight was already there at the baggage claim help desk,” he wrote. “She is exhausted but physically OK. Her well being is the only thing I care [about].”

Hu said she is not sure she will fly again with her cello. “Will they kick me off again? I’m so scared.”

“I don’t think they handled it very well. We didn’t get any phone call from American Airlines,” Hu said. She said Tang has received messages from the company representatives on Twitter, letting him know they will take a “deep dive” into the situation.

American Airlines released a statement blaming the incident on a “miscommunication.”

“A passenger on flight 2457 from Miami to Chicago was traveling with her cello. Unfortunately, there was a miscommunication about whether the cello she was traveling with met the requirements to fit onboard the particular aircraft she was flying, a Boeing 737,” spokeswoman Alexis Aran Coello stated in an email. “We rebooked our passenger on a flight the next morning on a larger aircraft, a Boeing 767. We provided her a hotel and meal accommodations for the inconvenience. We apologize for the misunderstanding and customer relations has reached out to her.”