NASA has found sugar in meteorites that crashed to Earth 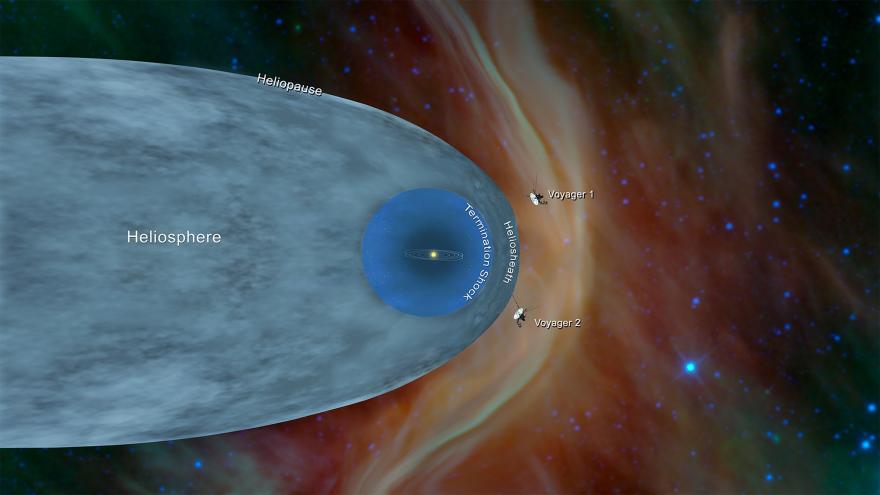 (CNN) -- Meteorites that crashed into Earth billions of years ago contain sugars, researchers say, lending support to the idea that asteroids may hold some of the ingredients to life.

An international team of scientists found "bio-essential" sugars in meteorites, which also contain other biologically important compounds, according to a press release from NASA on Tuesday.

Asteroids -- rocky near-Earth objects which orbit the sun -- are the parent bodies of most meteorites. And the theory suggests that chemical reactions within asteroids can create some of the elements essential to life.

In a study published Monday in the Proceedings of the National Academy of Sciences, researchers analyzed three meteorites, including one that landed in Australia in 1969 and dates back billions of years. Previous studies have also tried to investigate the meteors for sugar -- but this time, researchers used a different extraction method using hydrochloric acid and water.

The researchers found sugars like arabinose and xylose -- but the most significant finding was ribose.

Ribose plays a hugely important part in our human biology. It exists in our RNA (ribonucleic acid) molecules, and delivers messages from our DNA to help build proteins for our bodies, according to the press release.

"It is remarkable that a molecule as fragile as ribose could be detected in such ancient material," said Jason Dworkin of NASA, a co-author of the study, in the press release.

The discovery of ribose also suggests that RNA evolved before DNA, giving scientists a clearer picture of how life may have formed.

DNA has long been regarded as "the template for life" -- but RNA molecules have more capabilities, like replicating without the help of other molecules, according to the press release. These additional capabilities, combined with the fact that researchers have yet to find the sugars in DNA in meteorites, supports the theory that "RNA coordinated the machinery of life before DNA."

"The research provides the first direct evidence of ribose in space and the delivery of the sugar to Earth," said Yoshihiro Furukawa of Japan's Tohoku University, lead author of the study, in the press release. "The extraterrestrial sugar might have contributed to the formation of RNA on the prebiotic Earth which possibly led to the origin of life."

Of course, there is the possibility that the meteorites had been contaminated by life on Earth -- but testing found evidence that this is unlikely, and that the sugars probably came from space.

Now, the researchers will continue to analyze the meteorites to see how abundant these sugars are and how they may have influenced life on Earth.

This study adds to a growing list of evidence that meteorites may have led to terrestrial life. Last January, researchers found that two meteorites held other ingredients for life: amino acids, hydrocarbons, other organic matter, and traces of liquid water that could date to the earliest days of our solar system.