NASA just heard the first sounds of wind on Mars. You can hear them, too 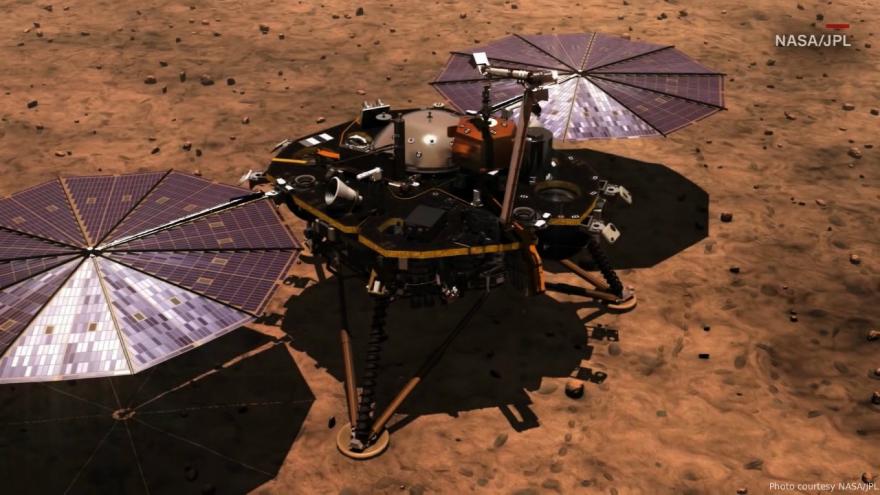 (CNN) -- Grab your headphones and prepare to be blown away.

NASA just announced it has heard the first-ever "sounds" of wind on Mars. But if you're expecting howling, swooshes and crackles, you're in for a surprise. These are vibrations, captured by NASA's InSight lander, which touched down on the Red Planet just last week. The craft will stay put until November 24, 2020, measuring quakes that happen anywhere on Mars.

This week, the craft recorded something unexpected.

"InSight sensors captured a haunting low rumble caused by vibrations from the wind, estimated to be blowing between 10 to 25 mph (5 to 7 meters a second) on Dec. 1, from northwest to southeast," the agency said.

An air pressure sensor and a seismometer recorded the noise through the vibrations in the air and vibrations around the aircraft "caused by the wind moving over the spacecraft's solar panels."

This is the only time when vibrations from the lander will be recorded by the seismometer, since it will be moved by the craft's robotic armed and placed on the Martian surface, along with other instruments.

The craft's landing comes as part of NASA's mission to explore the planet's deep interior.

InSight lander's sensors are designed to detect quakes and air pressure through wind vibrations. The lander will measure whether tremors have the same effect as earthquakes. The Seismic Experiment for Interior Structure (SEIS), the seismometer, will use the vibrations to help scientists configure more about the planet's interior.

"Capturing this audio was an unplanned treat. But one of the things our mission is dedicated to is measuring motion on Mars, and naturally that includes motion caused by sound waves," Bruce Banerdt, the InSight principal investigator at NASA's Jet Propulsion Laboratory, said in a statement.

To better hear this bass sound, it's better you bring out your headphones, or your subwoofer, as NASA suggested.

You can hear the sounds here and listen to NASA's news telecon with a panel of scientists here.