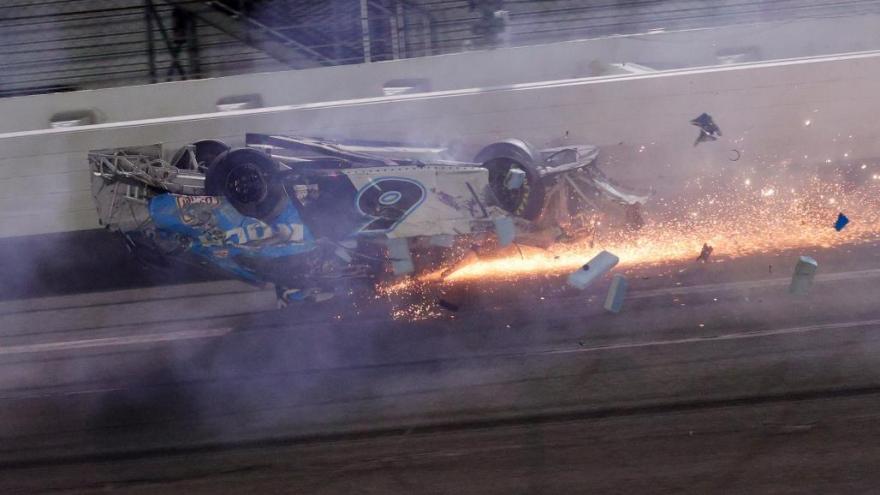 Ryan Newman flips over as he crashes during the NASCAR Cup Series 62nd Annual Daytona 500 at Daytona International Speedway on February 17, 2020.

(CNN) -- NASCAR driver Ryan Newman led in the final lap of last week's Daytona 500 when his car spun, went airborne and flipped several times. He was rushed to an area hospital.

Newman confirmed over the weekend that he suffered a head injury from the fiery crash.

"I was fortunate to avoid any internal organ damage or broken bones," Newman said in a statement read by Steve Newmark, the president of his racing team. "I did sustain a head injury for which I'm currently being treated. The doctors have been pleased with my progression over the last few days."

The wreck happened February 17. He was released from the hospital two days later.

Newman said he looks forward to returning to the track.

"I have spoken with Jack Roush and he has assured me that the No. 6 car will be waiting and ready for my return," Newman said of the team's owner. "I'm looking forward to getting behind the wheel and battling for another race win in the Roush Fenway Ford."