One person fatally shot at Nashville mall; suspect in custody 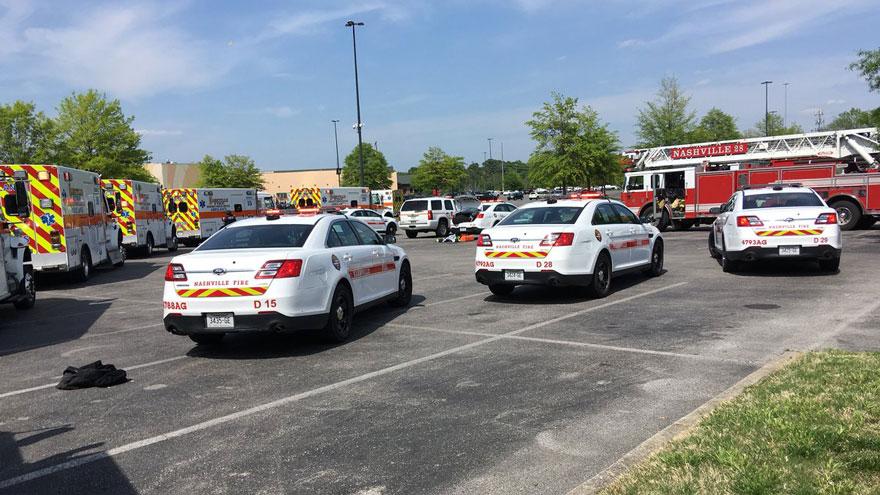 By Dakin Andone and Nick Valencia

(CNN) -- One person has died after sustaining injuries in a shooting at the Opry Mills mall in Nashville, police said at a press conference Thursday.

The shooting apparently stemmed from a personal dispute between two men, according to Metropolitan Nashville Police spokesman Don Aaron. The victim was taken to a hospital, where he died.

After firing at least two shots, the suspect left the mall and surrendered at a ticket booth across the street, where he told people to call 911, Aaron told reporters. A retired California police officer took possession of the weapon and told the suspect to lay on the ground until police arrived.

"There is an indication that this perhaps has been festering and this was not an immediate, spur-the-moment thing," Aaron said of the dispute. "But that's something, again, our detectives are going to have to sort out."

The men involved, both 22, were previously known to Nashville police, Aaron said.

Police are preparing to conduct a series of interviews with the suspect and witnesses, he said.

The Bureau of Alcohol, Tobacco, Firearms and Explosives tweeted that the agency was responding to the scene.

Victoria Greene of Pensacola, Florida, told CNN she was at the mall with her husband and two children. When gunshots rang out, her 8-year-old son was strapped into a bungee trampoline ride.

"It sounded like a skateboard pop," Greene said. "All of a sudden, stampede." After her husband got their son, the family ran. They made it to a parking lot and went to their hotel nearby, she said.

Opry Mills is an upscale indoor outlet mall less than half a mile from the iconic Grand Ole Opry.

The man fatally wounded in Opry Mills Mall is Demarco Churchwell, 22, of Nashville (left). The suspected shooter is Justin Golson, 22, of Antioch (right). He is in custody and being interviewed. pic.twitter.com/RqtimzPpEj

BREAKING: Dispute at Opry Mills Mall results in gunfire. One person shot. Suspected shooter in custody. No additional imminent threat known. Mall being swept by MNPD officers as a precaution.

Our personnel is on scene at Opry Mills Mall. One patient transported to Vanderbilt in Critical Condition. pic.twitter.com/kPHyK2sU11