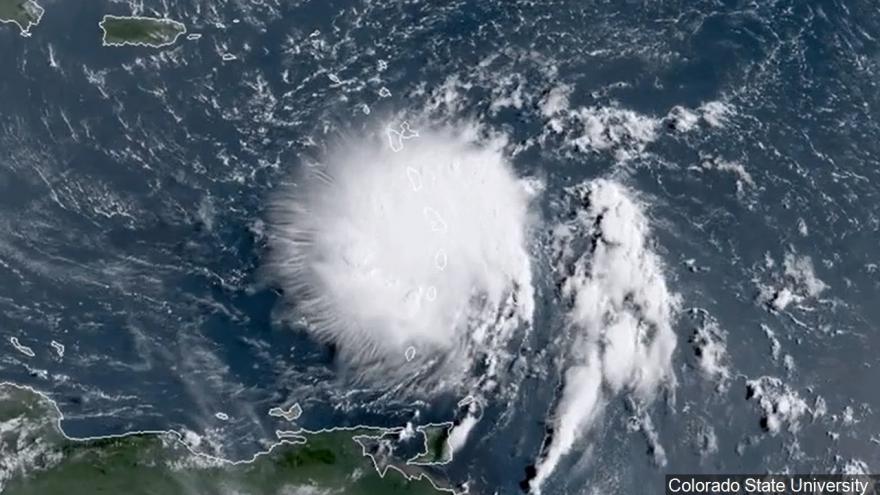 MIAMI (AP) — The National Hurricane Center says nearly all the intensity models show Tropical Storm Dorian becoming a hurricane after hitting Puerto Rico and then getting stronger while threatening the Bahamas and the southeastern United States.

Dorian's exact path remains very difficult to predict, but forecasters say nearly all their models suggest residents of Florida should keep close watch as the storm approaches the U.S. coast this weekend.

Tropical Storm Erin, meanwhile, is posing no threat to land as it churns off the U.S. eastern seaboard. Forecasters expect it to weaken by Thursday.

Tropical Storm Dorian has strengthened slightly as it makes it way toward Puerto Rico and the Virgin Islands.

The storm is expected to dump 4 to 6 inches of rain on Puerto Rico with isolated amounts of 8 inches.

The change in the storm's course concerned many across the U.S. territory, where some 30,000 homes still have blue tarps as roofs nearly two years after Hurricane Maria. The island's 3.2 million inhabitants still depend on a shaky power grid that has remained prone to outages since it was destroyed by the Category 4 storm.