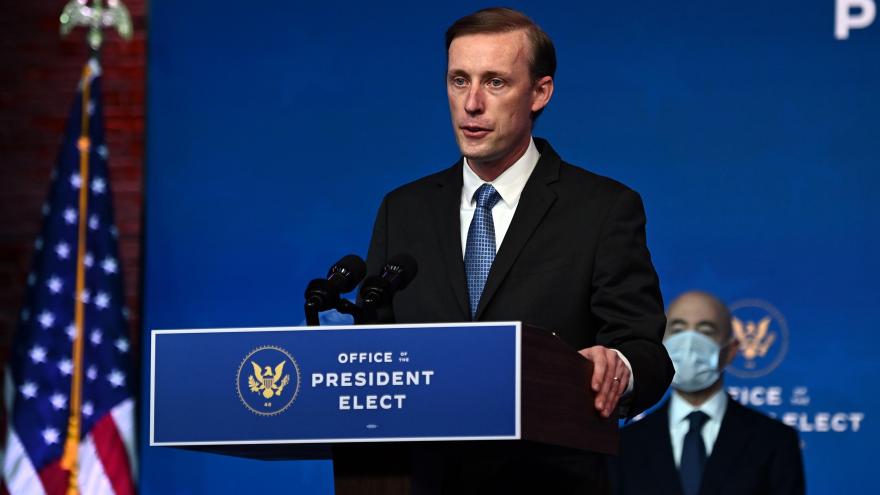 (CNN) -- The Biden administration has begun to communicate with Iran over American hostages in the region, national security adviser Jake Sullivan said Sunday, calling the issue a "significant priority" for the White House.

"We intend to very directly communicate with the Iranians about the complete and utter outrage -- the humanitarian catastrophe that is the unjust, unlawful detention of American citizens in Iran," Sullivan told CBS News.

"We have begun to communicate with the Iranians on this issue, yes, and we will continue to do so as we go forward," he said. "It will be a significant priority of this administration to get those Americans safely back home."

According to the Foley Foundation, there are at least 43 publicly known hostage or detainee cases in 11 countries, including Iran, Afghanistan, Syria, Venezuela, Russia, Egypt, Turkey, Rwanda and Saudi Arabia.

Earlier this month, Secretary of State Antony Blinken talked with the loved ones of American hostages, a gesture that sent a promising signal, the families said, that the Biden administration will make the release of their loved ones a priority.

Sullivan also said on Sunday that Tehran has not responded to the European Union's proposed meeting to discuss Iran's nuclear program, adding that the ball is in their court.

The Biden administration said last week that the US is willing to sit down for talks with Tehran and other signatories to the Iran nuclear deal. "The United States would accept an invitation from the European Union High Representative to attend a meeting of the P5+1 and Iran to discuss a diplomatic way forward on Iran's nuclear program," State Department spokesperson Ned Price said in a statement.

The P5+1 refers to the permanent members of the UN Security Council -- China, France, Russia, the United Kingdom and the United States -- and Germany.