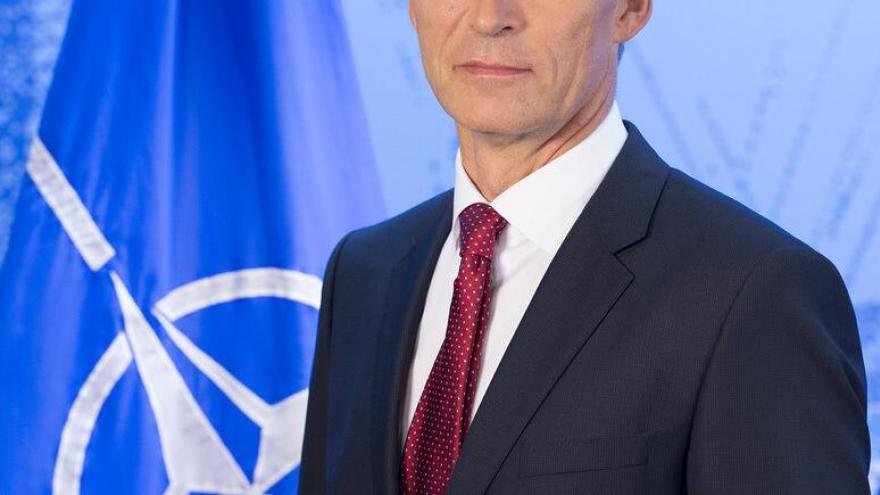 NATO Secretary General Jens Stoltenberg opened the door Monday to the alliance keeping forces in Afghanistan beyond the May deadline when the US had promised to remove its remaining 2,500 troops from the country.

(CNN) -- NATO Secretary General Jens Stoltenberg opened the door Monday to the alliance keeping forces in Afghanistan beyond the May deadline when the US had promised to remove its remaining 2,500 troops from the country.

"While no ally wants to stay in Afghanistan longer than necessary, we will not leave before the time is right," Stoltenberg told a press conference in advance of an alliance defense ministers meeting later this week.

Ministers are expected to discuss the fate of US and NATO troops at the meeting but reaching a quick decision on Afghanistan may be difficult given that Biden administration is reviewing how it will move ahead.

NATO, Stoltenberg said, needs to "find the right balance between making sure that we not stay longer than necessary but at the same time that we don't leave too early."

The Biden administration is just weeks away from having to make a decision whether to end the nearly 20-year military deployment in Afghanistan that has claimed nearly 2,400 American lives, as experts and US officials told CNN there are no good options available and the best hope is to avert "catastrophe."

An agreement between the Taliban and the US, signed by the Trump administration, committed the US to withdraw the final 2,500 troops by May, down from 13,000 one year ago. The administration is looking for room to maneuver within the language of the agreement, but as the Taliban continues to carry out violent attacks and targeted killings, the US is left with few -- if any -- good options. One US official familiar with the internal discussions went so far as to call Biden's choices a "s*** sandwich."

When repeatedly asked, the secretary general declined to say the May deadline had been thrown out. But he, like the US, is pressing the Taliban to reduce violence and cut ties to terrorist groups, both of which are conditions for meeting the terms of the agreement.

"We exchanged views on peace process, the second round of talks in Doha, the current political & security developments in the country," Abdullah wrote on Twitter.

CNN has reached out to the State Department for a readout of the meeting.

On Iraq, Stoltenberg said he expects ministers will agree to "launch an expanded mission" in the country at the meeting. This expanded mission will include "more allied personnel training and advising in more security institutions" in Iraq, he added. The expansion is a result of requests from the Iraqi government, he said.

When asked by a reporter about how the Biden administration's approach to the alliance will differ former President Donald Trump's, Stoltenberg said that President Joe Biden, Secretary of State Antony Blinken and Secretary of Defense Lloyd Austin have all expressed strong support for NATO in initial phone calls with Stoltenberg since taking office.

"I think it's no secret that over the last four years we had some difficult situations inside NATO, but now we look to the future," Stoltenberg said.

"I have spoken with President Biden twice since the elections, and in both of those conversations he has been very strong, very clear in the importance of re-building alliances and further strengthen NATO and my NATO 2030 proposals are actually an agenda for how that can be done," he added

During his time in office Trump constantly criticized the alliance and claimed members were not spending enough on defense.