Navajo Nation mourns the death of a Fort Hood soldier, the latest in a series of deaths at the base 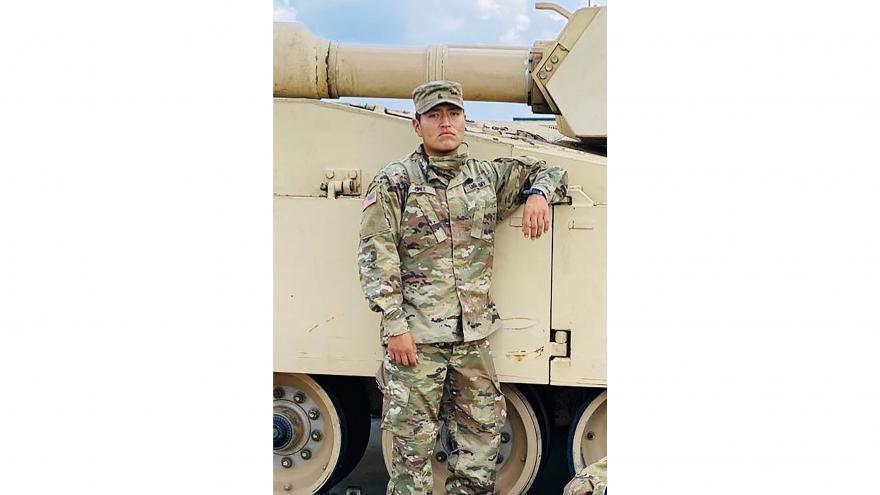 (CNN) -- The Navajo Nation says it's "deeply disturbed" by a recent series of deaths at Fort Hood, Texas, after learning one of its own died earlier this week.

Pvt. Corlton Chee of Pinehill, New Mexico, collapsed during a training exercise on August 28, according to a statement from Fort Hood, and died on September 2.

The incident is under investigation, the statement said.

"We are deeply disturbed by the string of deaths at Fort Hood, and if there is any malfeasance or negligence involved, the Navajo Nation calls on our national leaders to purse every available avenue to protect the lives of our Navajo warriors and those serving in the U.S. Armed Forces," Navajo Nation speaker Seth Damon said in a statement Friday.

"When we lose just one of our honorable warriors, the entire Nation feels that pain," Navajo Nation Council Delegate Jamie Henio said.

Chee's death is the latest of several linked to Fort Hood, which houses 36,500 soldiers.

Officials found the body of Sgt. Elder Fernandes off base on August 25. Police in Temple, Texas, said in a statement that an initial investigation turned up no signs of foul play.

Fernandes, 23, was reported missing August 17. He had been transferred to a different unit because he was the victim in an "abusive sexual contact" investigation, the Army said.

The Army announced Tuesday it would begin a new investigation into leadership decisions at the base related to the death of Spc. Vanessa Guillen, 20. Her body was found in June, months after she disappeared.

The main suspect in her disappearance -- another Fort Hood soldier -- killed himself when he was confronted by investigators, according to the Army's Criminal Investigation Division.

Shortly after her death, the Army announced an independent review board made up of five civilians who would review the "command climate and culture" at Fort Hood.

In a statement to CNN in late July, Fort Hood officials said there have been 23 deaths this year at the base. According to the officials, the deaths include seven off-duty accidents; seven suicides; one combat-related death; four homicides, one of which was on the base; two of natural causes; one that was undetermined pending an autopsy; and one drowning.

"There are currently several investigations underway at Fort Hood which are tasked with reviewing a wide range of topics and concerns. Gen. Murray will roll those efforts into a more complete and comprehensive investigation that will delve into all activities and levels of leadership," the statement said, adding that Murray's formal investigation "is separate from the Independent Review of Fort Hood, which began in August."

Secretary of the Army Ryan McCarthy told reporters Tuesday the new investigation was sparked in part by an increase in incidents at Fort Hood.

"If you look at the numbers this year on the installation for felonious crimes, sexual harassment, sexual assault, the numbers are high, very high this year. And so the trends coupled with that survey, we needed to get a much more comprehensive look about the challenges that Fort Hood is experiencing," he said.

"We need to understand the root causes so that we can make the appropriate changes, whether that's a leadership issue, resources, conditions on the ground, our systems. The numbers are bad, and we need to make some adjustments because we're very concerned," McCarthy added.