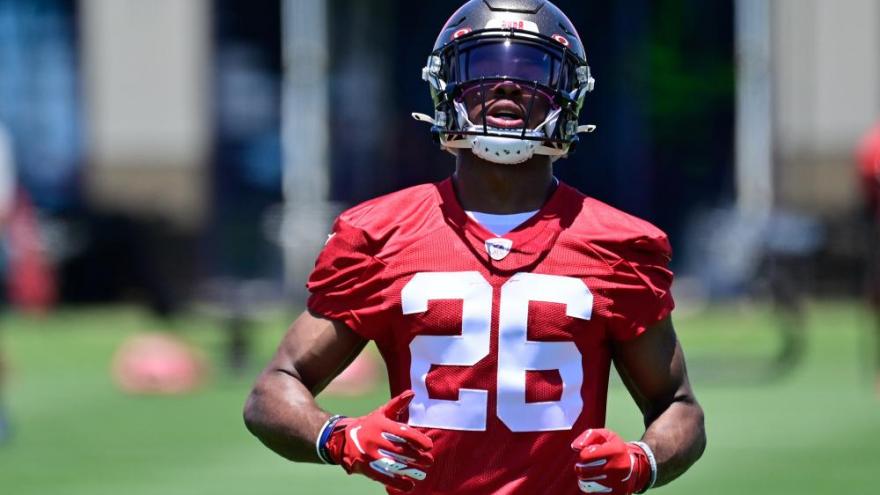 (CNN) -- The US Navy has denied a request by football team captain Cameron Kinley to delay his military service and try to play in the National Football League.

Kinley, Navy's 2021 class president who graduated last month, had signed with the Super Bowl champion Tampa Bay Buccaneers as an undrafted rookie cornerback and attended the team's rookie minicamp two weeks ago. But in a statement on his Twitter on Monday, he said the Secretary of the Navy had denied his request to delay his military service and said that he is being required to commission in the US Navy as an Ensign.

"I have spent the past week processing my emotions, as it is very difficult to have been this close to achieving a childhood dream and having it taken away from me," he said.

"When students accept admission and continue their education in this program, there is an understanding and acknowledgement that they will upon graduation be commissioned," Capt. Jereal Dorsey wrote in the statement. "Every Midshipman attends on the same terms and each has the same responsibility to serve. Exceptions to that commitment to serve have been rightfully rare."

The co-founder of Divine Sports and Entertainment, which represents Kinley, said the Navy also denied him the opportunity to appeal the decision.

"He wants to fulfill both of his childhood dreams, playing in the NFL and honorably serving his country," co-founder Ryan Williams-Jenkins said.

The Navy's denial is part of a policy that has changed repeatedly in recent years. Graduates of the service academies are typically required to serve in active duty for five years after graduation.

During the Obama Administration, though, then-Secretary of Defense Ash Carter issued a policy that allowed some service academy athletes to be placed on reserve status in order to play for pro sports teams. The Trump Administration rescinded that policy in 2017 under Defense Secretary James Mattis but then reversed positions in 2019 after Trump mentioned the issue during a White House ceremony with Army's football team.

"While I acknowledge that these men are from different branches of the armed services, it puzzles me as to why I am the only person to be denied this opportunity," Kinley wrote in his statement.

"I am very aware of the commitment that I made to service when I first arrived at the United States Naval Academy. I look forward to my career as a naval officer in the information warfare community. However, I am deserving of the opportunity to live out another one of my life-long dreams before fulfilling my service requirement," he added.

A number of Navy graduates have gone on to play in the NFL, most notably Hall of Fame quarterback Roger Staubach, who won two Super Bowls with the Dallas Cowboys in the 1970s. Three Navy graduates have been drafted by NFL teams in recent years, including long snapper Joe Cardona in 2015, receiver/running back Keenan Reynolds in 2016 and running back Malcolm Perry last year.