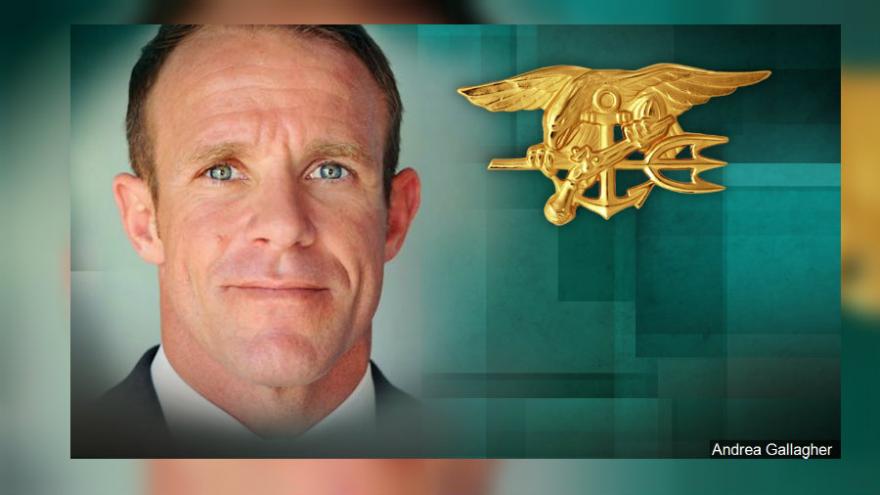 SAN DIEGO, Calif. (AP) — A decorated Navy SEAL pleaded not guilty Friday to charges of premeditated murder and other crimes in the stabbing death of a teenage Islamic State prisoner in Iraq last year and the shooting of unarmed Iraqi civilians.

Special Operations Chief Edward Gallagher will stand trial Feb. 19 before a jury that will be one-third enlisted personnel. Gallagher has been jailed since his arrest on Sept. 11, and a judge said he will determine next week whether the 19-year Navy veteran should be released before trial.

The case is unusual because of the seriousness of the allegations against an elite special warfare operator and because prosecutors' case includes the accounts of fellow Navy SEALs, an extremely tight-knit group even by military standards.

At Friday's arraignment, prosecutors handed over 1,700 pages of documents, including text messages they say show Gallagher trying to intimidate witnesses. They say the information shows why he should not be released.

His attorney, Phil Stackhouse, dismissed the documents as "hearsay and double hearsay statements." He said Gallagher is being falsely accused by disgruntled SEALs who wanted to get rid of a demanding platoon leader and that several of the government's witnesses have now indicated they don't clearly remember what happened.

"He didn't murder anyone," Stackhouse told reporters outside the courtroom. "He didn't shoot at innocent people in the street."

Stackhouse told the judge that his client was venting when he sent text messages to friends that called the SEALs who reported the allegations liars and that since then he has learned coping skills after getting treatment for a traumatic brain injury last summer.

Stackhouse suggested Gallagher be released with a protective order to stay away from witnesses.

Navy prosecutors have painted a picture of a highly trained fighter and medic going off the rails on his eighth deployment, indiscriminately shooting at Iraqi civilians and stabbing to death a captured Islamic State fighter estimated to be 15 years old, then posing with the corpse, including at his re-enlistment ceremony.

Defense attorney Colby Vokey said about 20 bodies were within sight at the ceremony in a war zone.

Gallagher, who was awarded the Bronze Star twice, showed little emotion as he sat in the courtroom in a Navy dress uniform covered in medals. The judge asked defense attorneys to describe the awards at the start of the court-martial. If convicted, Gallagher faces a life sentence.

At a two-day preliminary hearing at the Navy base in November, investigators said Gallagher stabbed the teen in the neck and body with a knife after he was handed over to the SEALs in the Iraqi city of Mosul to be treated for wounds sustained by the Iraqi Army and its prisoners during an airstrike in May 2017.

Naval Criminal Investigative Service Special Agent Joe Warpinski told the court that a SEAL medic told him he believed he had just stabilized the teen when Gallagher "walked up without saying anything at all" and started stabbing him.

Afterward, prosecutors say he took photos of himself with the corpse, holding up his knife in one hand and propping up the body by holding the head with his other hand and bragged, "I got this one with my knife, with my hunting knife."

Warpinski, who spoke to nine members of SEAL Team 7, said he was told Gallagher would fire into crowds of Iraqis. He is accused of shooting an elderly man carting a water jug in Mosul in June 2017 and a girl walking along a riverbank in the same area a month later.

Prosecutors also have accused Gallagher's platoon commander, Navy Lt. Jacob Portier, of not acting on the allegations. His attorney, Jeremiah Sullivan, said Portier was the first to report them to superiors and did so as soon as he learned of them. His arraignment has not been scheduled yet.

Several SEALs testified for the defense Friday that Gallagher had an outstanding reputation and they would want him with them on the battlefield. None had served under him or was on the 2017 deployment with him.

Defense attorneys said they plan to call fellow SEALs on that deployment to testify at the trial.