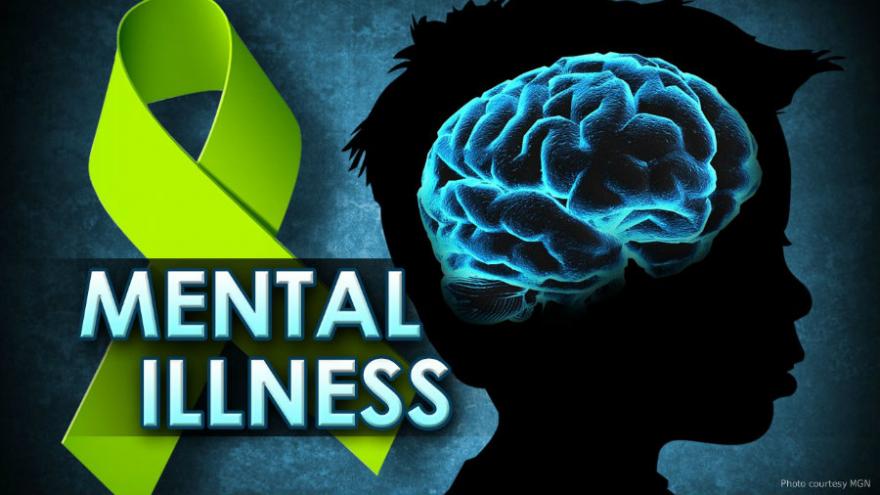 The harrowing accounts of the high school massacre filled his entire six-hour journey and hit especially close to home, the NBA Hall of Famer revealed. Mutombo is a father of seven and the son of a lifelong educator. It was "very painful," he said.

As more details about the 19-year-old gunman emerged, so did police incident reports from before the February 14 shooting that described him as suffering from mental illness and being "emotionally handicapped." In the tragedy's aftermath, President Donald Trump said he wanted to focus more resources on mental health issues in an effort to stop future gun violence.

But experts caution that having a diagnosis of mental illness does not mean a person will become violent and advocates insist that Americans need to work toward breaking the stigma around mental health issues.

On Thursday, athletes and public figures gathered at the Total Health Forum event in Atlanta, organized by the NBA and Kaiser Permanente, where they addressed mental health and how best to reduce that stigma.

Mutombo was joined by five-time All-Star Stephen Curry of the Golden State Warriors. Both offered suggestions about the need for improved communication with young people who may be feeling alienated or depressed.

Future 'is built around youth'

Kids dealing with mental health issues such as anxiety and depression "should not be afraid to show their emotions," Curry said, and he hopes "they understand they have people they can talk to. The future of our society is built around our youth," he said.

"Talk to them; open up the door for them. That will allow them to come to us as a teacher, as a mentor, as coaches, principals, parents, to tell us what issues they are facing.

"There is a lot of pressure being put on our youth to succeed in their life," leading to undue stress, he said.

The NBA offers mental health service for its players and guidance on issues such as work-life balance, image and self-esteem, coping mechanisms, stress and anger management.

Kaiser Chairman and CEO Bernard J. Tyson added that it's important to see high-profile people like Curry speak out about such issues.

"They are role models. They are exemplary individuals, so in addition to being very gifted and talented and great in their professions, people assume that everything is just fine, and what I believe they provide is a realistic perspective."

NBA Cares, the league's global social responsibility program that builds on the NBA's mission of addressing important social issues, aims to encourage and support young people to be mindful and committed to their emotional and mental wellness through its Jr. NBA and NBA FIT programs.

"Where we can have a major impact is at the youth level," Tatum said.

A major theme of the forum event was resilience, giving individuals the tools to cope with everyday stresses and anxieties.

This could be done in a number of ways, said Curry.

"Just having that confidence in yourself that no matter what happens in life, you have an opportunity to right the ship, to continue to exceed to higher levels no matter what you are doing," he said.

"I think we all will experience failure at one point or another. We all will have letdowns, and that should not define you. You should be able to learn from those experiences, to make yourself better, and come back stronger. ... Having that resilient attitude is something everyone should adopt."