Nearly a third of US adults are undecided about the Covid-19 vaccine. Some say friends and family could sway them 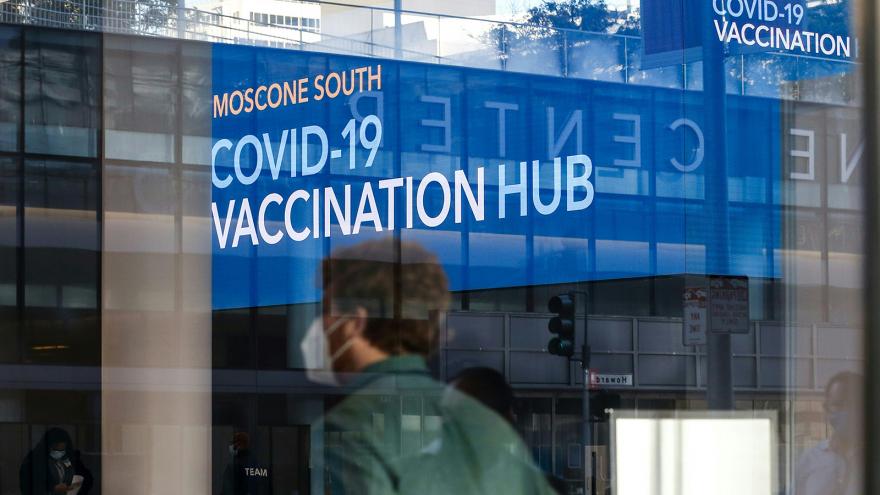 Though officials and health experts say the end of the Covid-19 pandemic will rely on a large proportion of Americans being inoculated, nearly a third of US adults say they have not decided if they will get the vaccine when it is offered to them. - Amy Osborne/AFP/Getty Images

(CNN) -- Though officials and health experts say the end of the Covid-19 pandemic will rely on a large proportion of Americans being inoculated, nearly a third of US adults say they have not decided if they will get the vaccine when it is offered to them.

About 31% of adults say they plan to "wait and see" how it works out for other people -- and about two-thirds of that group say they may be persuaded to get one if they're convinced it would be highly effective in preventing illness, according to an analysis released Friday of a previous study by the Kaiser Family Foundation.

"Wait and see" adults are "an important target for outreach and messaging" if the nation aims to increase the numbers of people willing to get the vaccine, but it is important to understand that their concerns vary, the foundation wrote.

Of the "wait and see" group, 61% said they'd be more likely to get vaccinated if they were persuaded that vaccinating most people would be the quickest way to return life to normal. About 51% said learning millions of people have been vaccinated safely also may push them, KFF said.

About 37% of the "wait and see" group said they would be more likely to get a vaccine if they learned a close friend or family member got vaccinated.

The analysis is a closer look at the foundation's report from January, which found 47% of Americans were willing to get vaccinated as soon as possible or already were vaccinated; 31% wanted to "wait and see"; 13% said they definitely wouldn't get vaccinated, and 7% would do so only if required.

Vaccinations increasing in the US

Vaccinations have been ramping up across the country as officials race to get most Americans inoculated by the end of summer, aiming for a return to normalcy while trying to get ahead of more-transmissible coronavirus variants.

To reach herd immunity, about 70% to 85% of Americans would need to be vaccinated, National Institute for Allergy and Infectious Disease director Dr. Anthony Fauci has estimated.

Though many states have complained that their vaccine supply does not meet demand, the pace of inoculations has quickened in recent weeks.

The US has averaged nearly 1.7 million doses administered per day over the past week, higher than the daily average of about 1.3 million a week earlier, according to a CNN analysis of data published by the Centers for Disease Control and Prevention.

More than 37 million people in the US had received at least one dose of a vaccine as of early Saturday, and more than 13 million people have been fully vaccinated by receiving two doses, CDC data shows.

And more than 6,500 retail pharmacies around the country opened appointments Friday for doses that have been allocated under a federal program shipping doses directly to pharmacy chains. They've been given 1 million doses to start, with more to follow.

The Institute of Health Metrics and Evaluation at the University of Washington said in its latest projection that ramping up vaccinations by early summer may prevent more than 100,000 deaths.

"We expect vaccination to reach 145 million adults by June 1 and that scale-up will prevent 114,000 deaths," IHME said in a statement.

However, spread of the B.1.1.7 virus variant first identified in the United Kingdom could slow or reduce declines in transmission, the institute said, noting that it factored expected spread of the variant into the projections.

An advisory group in the UK says it has more confidence that the variant first identified there is linked to more severe disease.

An analysis of more than 10 studies released Friday by the New and Emerging Respiratory Viral Threat Advisory Group bolstered the group's January report that linked the UK variant with severe disease.

The variant is also more contagious, and that alone could led to more deaths, experts have said.

At least 981 cases of the B.1.1.7 variant have been found in 37 states, according to the CDC. More than a third of those are in Florida, where it's estimated that 1 in 10 coronavirus cases may be due to the variant.

While the CDC issued new guidance Friday on how K-12 schools can reopen safely during the pandemic, that same guidance suggests nearly every student lives in an area where the CDC wouldn't currently recommend full reopening.

About 99% of the US population under the age of 18 -- nearly 73 million minors -- live in what the CDC considers a "red" zone, or a county with high levels of virus transmission, according to a CNN analysis of federal data.

The CDC defines these high transmission counties as having at least 100 new Covid-19 cases per 100,000 people, or a test-positivity rate of at least 10% during the last seven days.

Fewer than 100,000 children in the US live in a county considered "low" or "moderate transmission" where the CDC recommends K-12 schools open for full in-person instruction. Most of those are in Hawaii or Washington.

The CNN analysis used the latest federal data on new case rates and test positivity rates, published Thursday by the US Health and Human Services Department, to determine each county's risk threshold according to CDC guidelines.

President Joe Biden has pledged to reopen most US K-12 schools within his first 100 days in office, though some teachers' unions have expressed concerns about reopening while many educators have yet to be vaccinated.

The CDC's guidance Friday says vaccination and testing "provide additional layers of Covid-19 prevention in schools," but it doesn't describe them as key strategies.

People with underlying health conditions eligible for vaccines in 11 states

A person's eligibility for vaccines varies by state -- and an increasing number are opening them to people with underlying health conditions.

The exact conditions that make someone eligible, and whether paperwork is required to confirm the conditions, vary by state.

Some of the 11 states have started vaccinating these groups, while others have only begun registering them.

At least one state will soon be added to that list: California announced Friday that millions of residents "at high risk with developmental and other disabilities" and those with "serious underlying health conditions" will become eligible next month.

The plan, outlined by state health officials in a briefing Friday, will begin March 15 and will allow cancer patients, pregnant women, and other disabled individuals to join health care workers, seniors, teachers, and farmworkers in line for a vaccine.

The expansion could add as many as 6 million Californians to the priority list. It also would broaden the ages from 65 and over to ages 16 to 64 in those categories.

But California Health and Human Service Agency Secretary Dr. Mark Ghaly cautioned that the expansion is dependent on the state resolving its shortfall of vaccines.