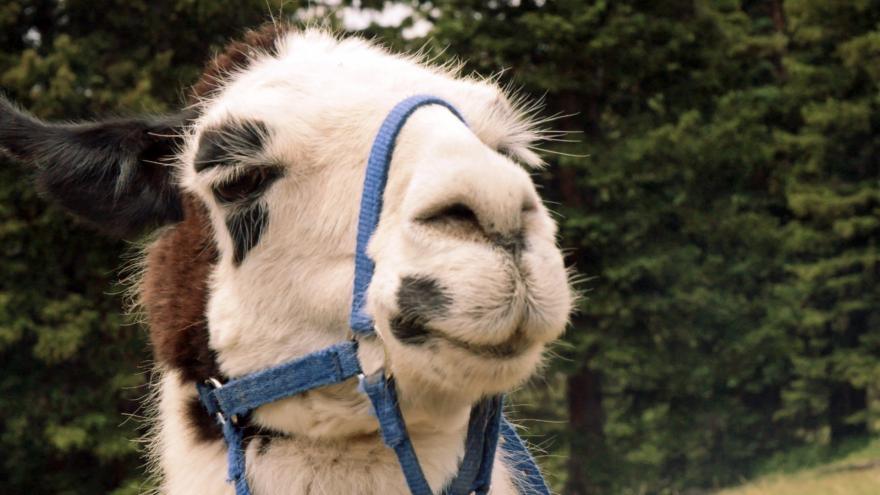 About two dozen llamas are missing from an exotic animal farm in Southern California, and investigators believe it\'s a break-in. Source: CNN

(CNN) -- About two dozen llamas are missing from an exotic animal farm in Southern California, and investigators believe it's a break-in.

"We received a call about 6:30 a.m. regarding numerous llamas and emus walking on Orange," Deputy Robyn Flores said in a statement to the affiliate. "During the investigation, it was learned that a lock on the fence had been cut, which allowed the animals to leave the property."

Deputies and animal control officers gathered the fleeing animals but not all were accounted for. Investigators determined between 20-30 llamas were ferried away from the facility, authorities said.

The facility has been under fire on social media by animal rights activists who alleged abuse and neglect of the llamas and other animals, KMIR reported.

The Riverside County Animal Services Department said it inspected the farm several times following the accusations but found no evidence of animal abuse.

"We have actually had full cooperation from the custodians, they've allowed us to do a walk through and they see plenty of food," said John Welsh, a spokesman for the Riverside County Animal Services Department. "We have never walked across an animal that's abused or neglected, certainly not emaciated, we deal with this type of stuff all of the time and the animals seem to be of good weight."