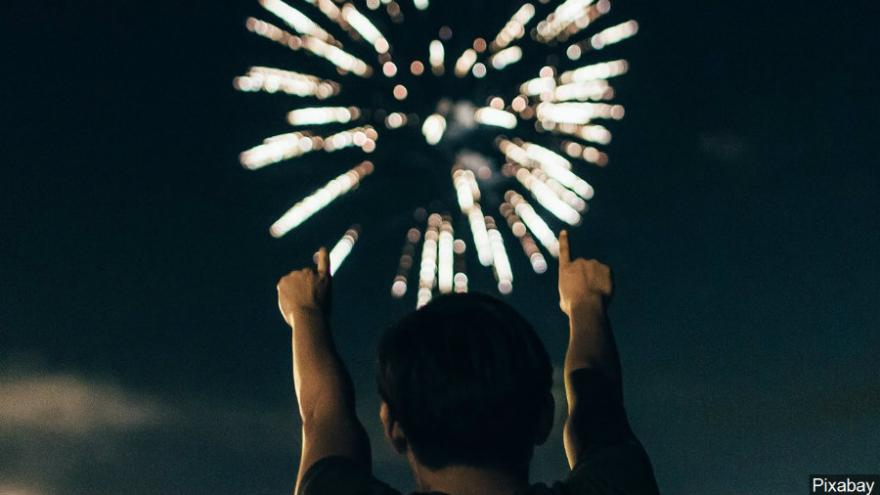 Chesterfield, MI (WXYZ) -- Residents in one Chesterfield community are upset after receiving a lengthy letter from a neighbor threatening to make their "lives miserable for days and months to come" if fireworks are used after 9 p.m. at any point during the week of the Fourth of July. 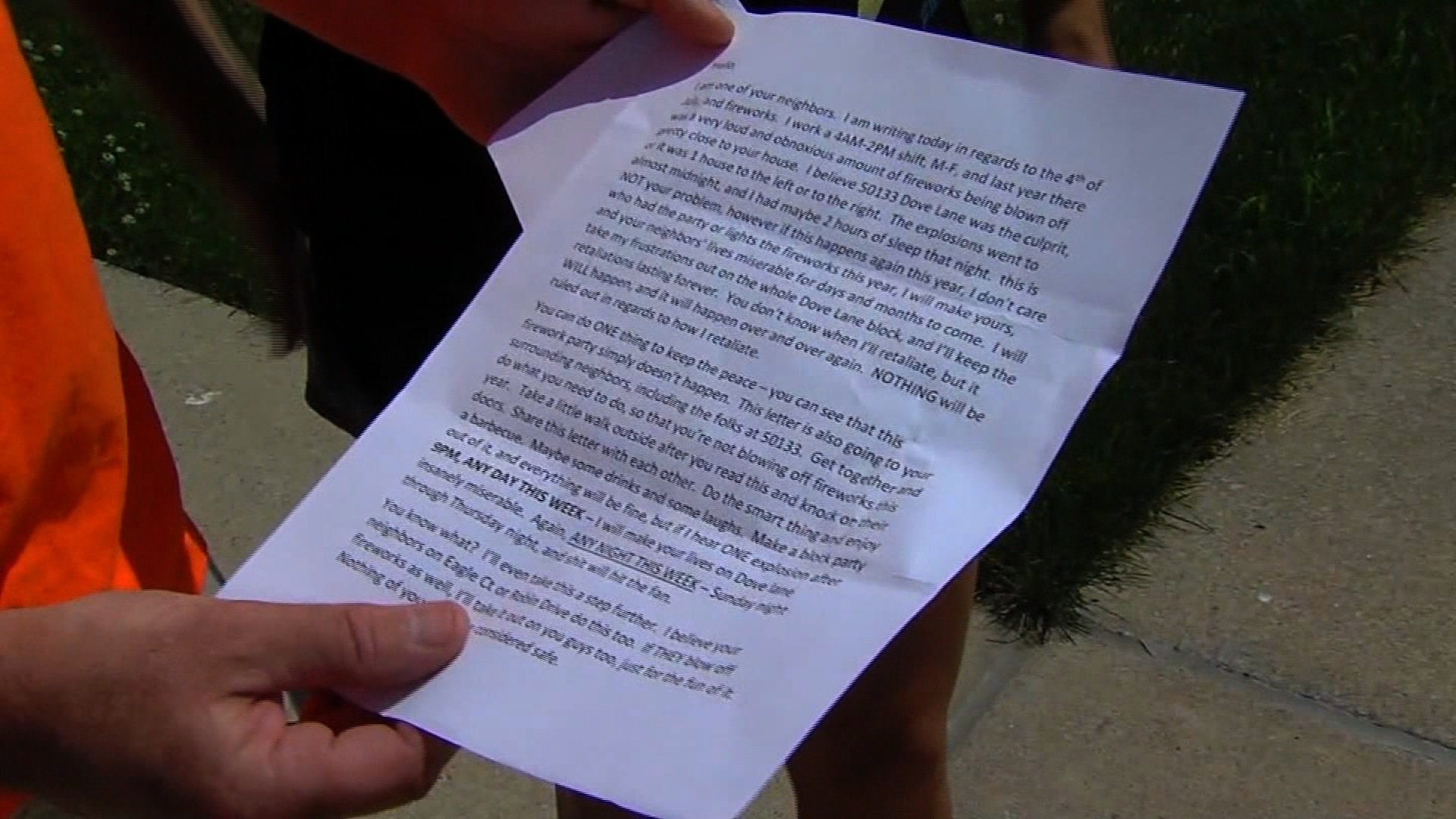 According to a post on the Chesterfield Michigan Facebook page, neighbors in the Eagle's Nest subdivision received the anonymous letter.

The letter calls out one house in particular on Dove Lane, adding that last year there were very "loud and obnoxious" amounts of fireworks being blown off in the area of that home. The letter mentions that it could have been the surrounding homes, but that the exact location of the firework activity mattered little because everyone on the block would be punished.

"The explosions went to almost midnight, and I had maybe 2 hours of sleep that night," the letter read. "This is NOT your problem, however if this happens again this year, I don't care who had the party or lights the fireworks this year, I will make your and your neighbors' lives miserable for days and months to come."

The author of the letter, who mentions that he or she works a 4 a.m. to 2 p.m. shift through the week, goes as far to say that if any fireworks are blasted after 9 p.m., they will retaliate, and the entire block will suffer.

"I will take my frustrations out on the whole Dove Lane block, and I'll keep the retaliations lasting forever," the anonymous neighbor wrote. "You don't know when I'll retaliate, but it WILL happen, and it will happen over and over again. NOTHING will be ruled out in regards to how I retaliate."

A resident of the area responded to the letter on the Chesterfield Facebook page stating, "A few people in the Eagle's Newt subdivision have received a very INCRIMINATING letter by a resident apparently living off Dove Lane."

The post went on to read, "Please share this with anyone you know living in the "Eagle's Nest" subdivision off of Cotton Road and Gratiot. What the person sent out is nothing to shrug off, these are legitimate threats from a coward hiding behind anonymity."

On Sunday, the Chesterfield Township Police Department posted on their Twitter account a link to the county's fireworks code, reminding citizens that fireworks are only allowed the day before the holiday, the day of and the day after. The code also states that Fireworks should not be used between the hours of midnight and 8 a.m.

Those who violate the code will be charged with a misdemeanor and fined up to $500.

Chesterfield police say that they are investigating after receiving calls about the letter.