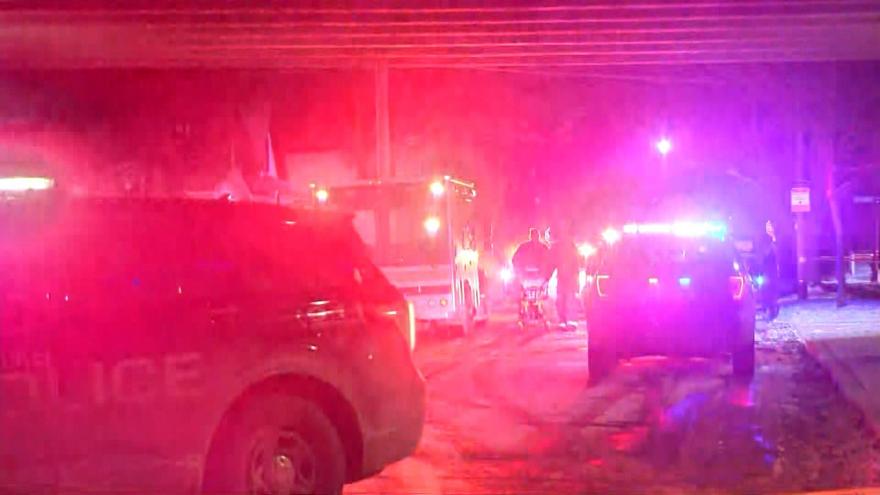 (CNN) -- Authorities are scrambling to find whoever shot a Wisconsin sheriff's deputy during a traffic stop and fled, the Milwaukee County Sheriff's Office said.

The passenger of the car ran away, and the deputy chased on foot.

"As of about 3:30 a.m., the deputy was conscious, breathing & receiving treatment," the sheriff's office said.

"The suspect vehicle driver is in custody. The shooter/passenger, considered armed/dangerous, is at large."

Authorities have not released a detailed description of the suspect.

The shooting follows a rash of recent shootings of police officers -- some of which have been fatal.

On Sunday morning a Houston-area deputy constable was killed for no apparent reason during a traffic stop, authorities said.