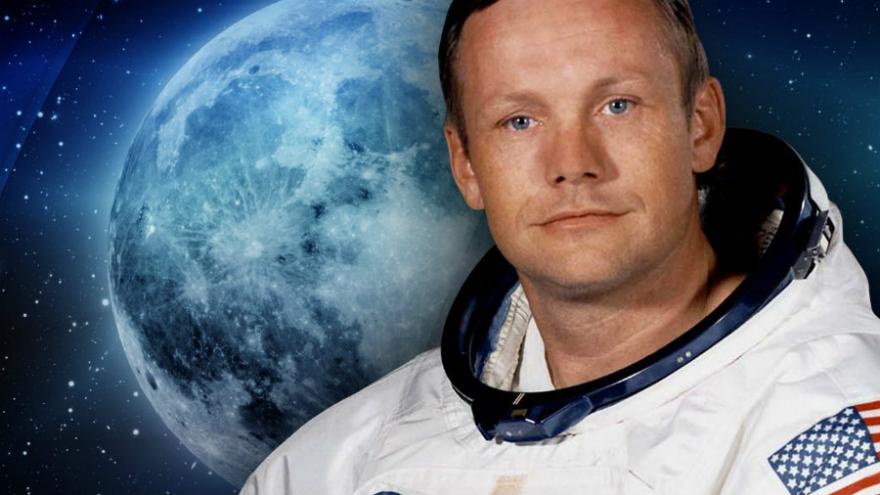 (CNN) -- Collectors will have the opportunity to own a piece of American history when 3,000 items from the personal collection of Neil Armstrong, the first man to walk on the moon, go up for auction next month.

The sale at Heritage Auctions will start November 1 and coincide with the 50th anniversary of Armstrong's Apollo 11 mission.

"We hope that this helps to remind people of what this country achieved in the '60s. It was an amazing effort," Mark Armstrong, one of Neil Armstrong's sons, said. "It's our hope that people remember what we can achieve when we really work together and have a clear shared vision."

The Armstrong Family Collection includes never-before-seen items from his lunar landing, including pieces of a wing and propeller from the 1903 Wright Brothers flight that Armstrong took with him to the moon. It also includes items from his childhood, such as his Boy Scouts cap, and a letter he wrote to the Easter bunny.

The process of preserving Armstrong's vast collection began two years ago when his sons Mark and Rick Armstrong were going through the items left by their parents and found that several them were starting to show their age.

"Photos were substantially curled and deteriorating. We had coins and medallions that were oxidizing and some of the materials they were stored in were breaking down," said Armstrong.

Armstrong's collection is not the first space collection sold by Heritage Auctions. The company has conducted auctions for more than 20 astronauts and their families.

"Of all the astronauts there are, there's only one first man to walk on the moon, there's only one Neil Armstrong. He is the pinnacle of all space memorabilia. It doesn't get any better," Greg Rohan, president of Heritage Auctions, told CNN.

The Armstrongs met with Collectibles Authentication Guaranty to help with encapsulating a portion of the items for long-term preservation before speaking with Heritage Auctions about putting the items up for sale.

"This is a very special moment in time and right now we need everything we can to make us feel great about being Americans and certainly owning a piece of this history is part of that legacy," Kathleen Guzman, managing director of Heritage Auctions, told CNN.

The most expensive piece in the sale is a silk American flag that was carried to the moon in Armstrong's personal kit. It has an opening bid of $75,000. One of Armstrong's flight suits starts at $30,000.

"A portion of the proceeds from the auction will go to causes that are important to us and we believe were important to our parents," said Mark Armstrong.

"We've often had people come up to us and tell us how the moon landing inspired them. They come up to Rick and I and tell us how they were inspired by the achievement and how it made them want to be better," Mark Armstrong said. "That's a very powerful thing. It's a pleasure to be a part of something that lifts humanity up."