Nepal is banning single-use plastic in the Everest region 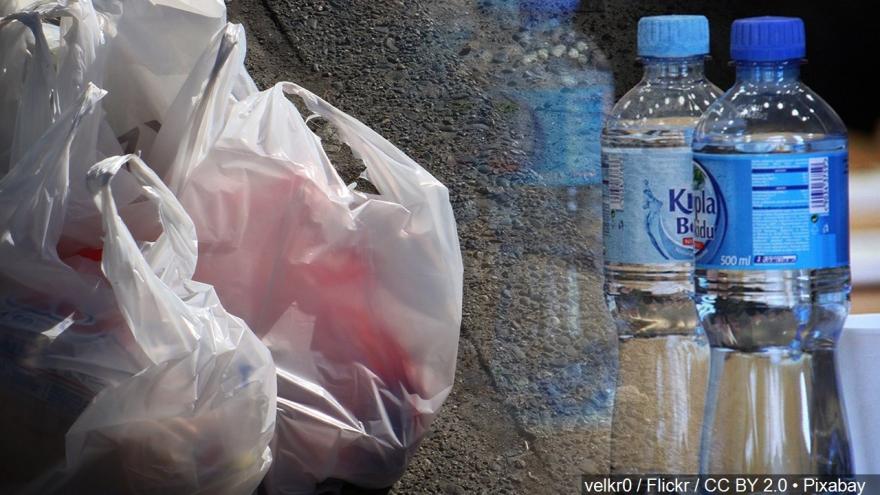 (CNN) -- Nepal is banning single-use plastic on and around Mount Everest in a bid to cut down on the region's trash problem.

Nepalese authorities said they will ban plastic soft drink bottles and single-use plastics under 30 microns thick (0.0012 inches, or 0.03 millimeter) in the Khumbu region, which is home to Everest. The ban will prevent hikers from bringing the plastic goods in -- and stop shops from selling them.

"We are consulting with all sides about what can be done about plastic water bottles," he told CNN Thursday. "We will soon find a solution for that."

The rules are aimed at reducing waste in the region, which is visited by 150,000 foreign and domestic tourists a year, according to Ghimire. Visitors to Everest trek through a number of villages before they start climbing the mountain itself, often leaving large amounts of trash behind them.

It's a problem the Nepalese government and local communities have been wrestling with for years.

According to Ghimire, a similar ban was announced in 1999 but wasn't implemented effectively. Officials are yet to decide on penalties for those who flout the ban.

In May 2019, a 14-member team of volunteers recovered more than 6,613 pounds of trash from the mountain, including empty cans, bottles, plastic and discarded climbing gear.

Other issues on Everest

But trash isn't the only problem facing Everest.

In May, a viral photo showed a long line of climbers stretching to the summit, raising concerns that overcrowding at the summit could have led to deaths of some climbers.

Most people can only spend a matter of minutes at the summit without extra oxygen supplies, and the area where mountaineers have been delayed is known as the "death zone."

Nepal's top tourism body maintains this year's deaths were due to extreme physical weakness, weather adversity, high altitude sickness and accident -- and not the overcrowding.

However, a five-member committee was formed to look into problems at the summit -- and earlier this month, it recommended tightening the permit rules so that only experienced climbers will be able to hike to the top of Everest.

Those new recommendations are still under consideration, although they are expected to be implemented by the end of this year, ahead of the Spring climbing season in May 2020.