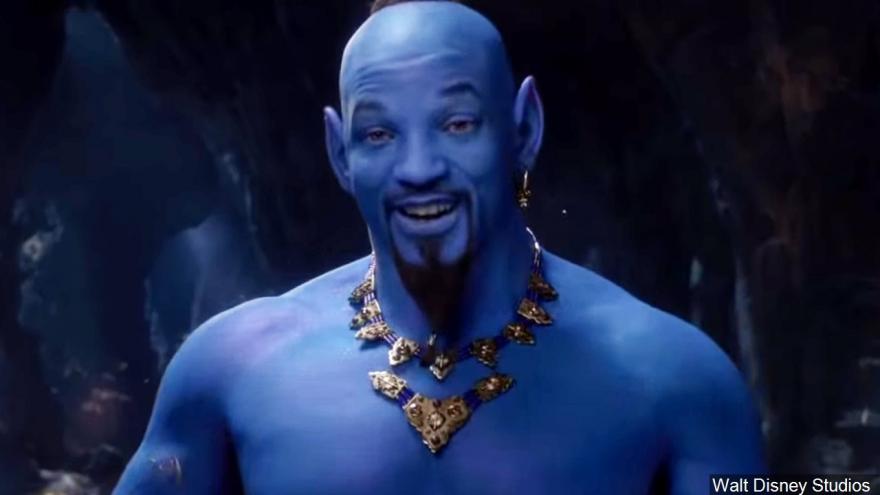 (CNN) -- Disney's latest look at the upcoming live-action version of "Aladdin" has a few people wishing the genie would go back in the bottle.

A new trailer  for the film debuted during Sunday's Grammy Awards. Viewers on social media expressed some disappointment and for others, horror.

"When I was 6 I had a nightmare about kings Ramses from courage the cowardly dog," wrote one Twitter user. "That was the scariest thing in my life up until I saw Will Smith as the Genie."

"Will Smith as the genie looks like what one of those kids from the 90's Fruit Gushers commercials would look like if they never found a cure for their fruit curse," wrote another.

"Will Smith as #Aladdin's genie makes me want to uninvent CGI."

"Why does Will Smith look like smurf centaur?! What kind of genie?!"

This is not the first time Smith has faced criticism for taking on the iconic character from the 1992 hit animated film. When Entertainment Weekly published a cover with a first look of the actor as Genie, originally voiced by Robin Williams, some fans were upset that he wasn't blue.

Smith responded on Instagram that he would indeed be blue in the final film, "I'm gonna be BLUE! This is how the Genie is in Human/Disguise Form. My character will be CGI most of the movie."

Disney and Smith may have overdelivered.

The film lands in theaters on May 24.