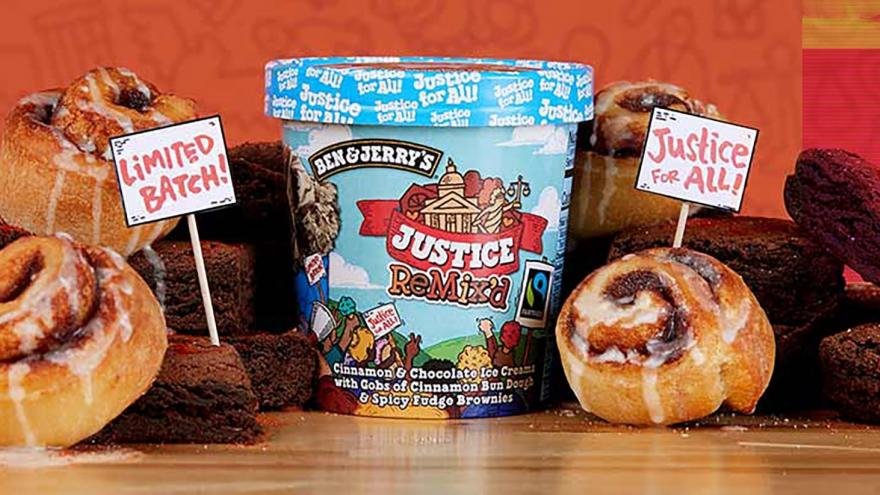 Justice ReMix\'d is a new flavor that was created to help create justice for all. Source: Ben & Jerry\'s Homemade, Inc.
By Lauren M. Johnson, CNN

The ice cream company says it's been created with "a sweet swirl of justice under the lid."

The flavor of cinnamon and chocolate ice cream swirled together with "gobs of cinnamon bun dough and spicy fudge brownies" was created as part of an effort to promote social change, Ben & Jerry's said.

It says the flavor was made in partnership with the Advancement Project National Office, a multi-racial civil rights organization that works with local grassroots organizers on racial justice issues. The idea is to bring awareness to the justice needed when it comes to systemic racism and criminal justice reform.

"Our approach to creating social change is to raise up the work non-profits are doing on the ground," said Co-Founder Ben Cohen. "We bring every resource we have to support them—our business voice, our connection with fans, our Scoop Shop community and of course, ice cream."

Ben & Jerry's says a portion of the proceeds from the sale of Justice ReMix'd will go to Advancement Project National Office to support their work in criminal justice reform.

The special pints are available in stores and in Ben & Jerry's ice cream shops.