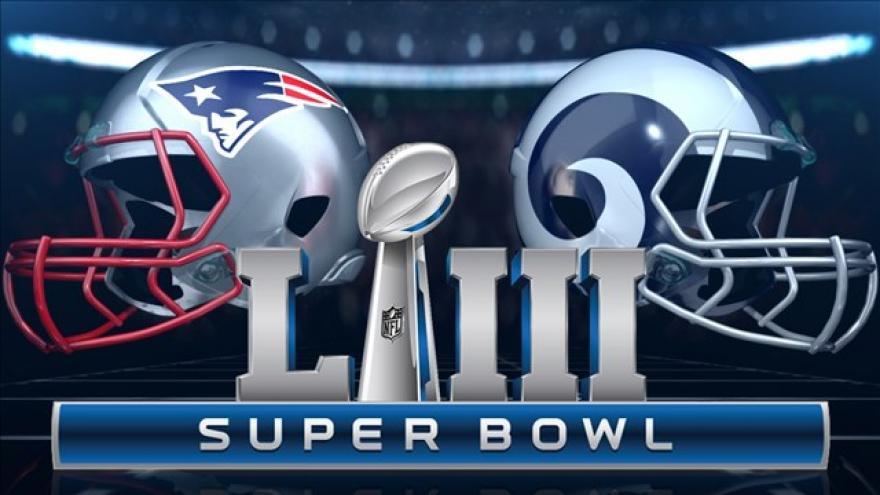 (CNN) -- Los Angeles went more than two decades without an NFL team. Now, it has one playing for a championship.

The Rams never led in regulation, but with a 57-yard field goal by Greg Zuerlein in overtime, Los Angeles has advanced to Super Bowl LIII with a 26-23 win, shocking the Saints in the NFC title game at the Mercedes-Benz Superdome in New Orleans on Sunday.

But that's not the only game that needed extra time.

The Rams will face a Super Bowl mainstay in the New England Patriots, who held off the Kansas City Chiefs to win the AFC Championship 37-31 in overtime.

Another title game for Brady, Belichick

Tom Brady and Bill Belichick are back in a very familiar place.

They're heading back to another Super Bowl, winning on the road at Arrowhead Stadium in Kansas City, Missouri.

The Patriots join the Buffalo Bills (1990-1993) and Miami Dolphins (1971-1973) as the third team to appear in three consecutive Super Bowls. They also extended their NFL record for Super Bowl appearances to 11.

It will be the ninth time in the big game for Belichick and Brady.

Belichick has won five Super Bowls as a head coach, the most Super Bowl wins by a head coach in NFL history. Should he win a sixth, he would join George Halas and Curly Lambeau as the only NFL coaches with six championships since the league began postseason play in 1933.

Brady is the only quarterback with five Super Bowl wins. The only other NFL player to have won that many is Hall of Fame defensive lineman Charles Haley.

This was the Chiefs first appearance in the AFC championship game since 1994. Their lone Super Bowl title was in 1970, at Super Bowl IV.

The Rams' franchise, which originated in Cleveland in 1937, played in Los Angeles from 1946-1994 before leaving for St. Louis for 21 seasons. During that stretch, they reached two Super Bowls, winning Super Bowl XXXIV against the Tennessee Titans in Atlanta at the now-demolished Georgia Dome.

The location of this season's title game on February 3 happens to be where the Rams last won: Atlanta. And while it's not at the same site, the venue, Mercedes-Benz Stadium, is right next door to where the Dome once stood.

"Our team demonstrated great mental toughness," Rams head coach Sean McVay said to Fox Sports. McVay, who turns 33 on Thursday, is the youngest head coach to lead a team to the Super Bowl.

"I really wasn't thinking much," Zuerlein said. "I just looked up and saw it was going straight and I was happy. I knew it was going to be long enough because I thought I hit it pretty well."

A trembling Superdome in New Orleans

It didn't start off well for the visitors, as the Saints jumped out to a 13-0 lead and had the throaty Superdome crowd on their side. The noise the fans made was so thunderous that reporters could feel and see the stadium quaking.

According to Julie Boudwin with NOLA.com, it appeared that part of the ceiling fell near the media workroom after Saints linebacker Demario Davis intercepted Rams quarterback Jared Goff in the first quarter.

Nick Underhill of the New Orleans Advocate posted video to Twitter showing bottles of water shaking in the press box because of the crowd.

"The press box desk I'm working on is physically moving because the crowd is going so wild here at the Mercedes-Benz Superdome," NFL Network reporter Jane Slater said in a tweet. "Unreal."

Saints' Payton on controversial play: 'They blew the call'

But the Rams adjusted, and a 6-yard touchdown run from Todd Gurley II made it 13-10 just before halftime. The teams traded touchdowns in the third quarter to make it 20-17. A Los Angeles field goal by Zuerlein with 5:03 remaining tied it at 20.

There was plenty of time for Saints quarterback Drew Brees to orchestrate a final drive. But it stalled with a controversial no-call from officials on an incomplete pass to Saints wide receiver Tommylee Lewis. The crowd wanted a flag for either pass interference or helmet-to-helmet contact on a defenseless receiver by Rams cornerback Nickell Robey-Coleman. It wasn't thrown.

"It was simple; they blew the call," Saints head coach Sean Payton said, who called the league office after the game for an explanation. "(The NFL) said it should never have not been a call. They said not only was it interference, it was helmet-to-helmet."

The Saints settled on a 31-yard field goal by Wil Lutz with 1:41 remaining. The Rams tied it up with 15 seconds left in regulation with a 48-yarder by Zuerlein to make it 23-23.

In overtime, Brees was intercepted by safety John Johnson III, which led to Zuerlein's game-winning kick.

"I felt like early on there, that place was loud," Rams quarterback Jared Goff said to Fox Sports after the game. "They were loud early. We had some stuff we had to deal with early, but we fought through it, man. We fought through it. This group is special, and I'm happy to be part of it."

Since returning to Los Angeles in 2016, the Rams have now reached the playoffs twice.

The Rams' last Super Bowl appearance was the 2001 season, when they lost Super Bowl XXXVI to the Patriots, giving a young quarterback named Brady his first title with head coach Belichick.