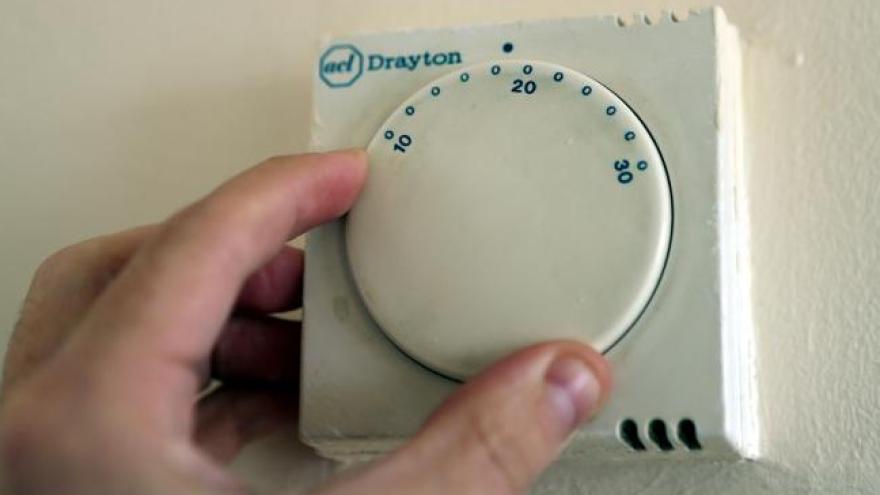 President Joe Biden's Department of Energy will propose a new rule to make residential, natural gas furnaces more energy-efficient and it would be the country's first significant update to furnace standards since the 1990s.

(CNN) -- President Joe Biden's Department of Energy on Monday will propose a new rule to make residential, natural gas furnaces more energy-efficient. It would be the country's first significant update to furnace standards since the 1990s.

In the proposed rule, the details of which were shared first with CNN, non-weatherized gas furnaces and furnaces used in mobile homes would be required to be much more energy-efficient, achieving a 95% annual fuel utilization efficiency standard. Just over 40% of furnaces shipped today are at or above 95% fuel utilization.

And unlike previous administrations' proposed standards for furnaces, the Biden administration will propose a new national energy efficiency standard that applies to all sizes of home heating furnaces.

"By updating energy standards for many carbon-emitting appliances, such as home furnaces, the Biden Administration is working to save consumers money," Secretary of Energy Jennifer Granholm said in a statement.

The proposed rule would go into effect by 2029 at the earliest, according to the Energy Department. At its start date, it would require furnace manufacturers to stop producing the old inefficient furnaces and ban new imports of those furnaces.

The rule would give retailers a period of transition, and it wouldn't penalize homeowners who have an old furnace in their home.

"Americans have been forced to rely on antiquated and wasteful furnaces for long enough," Joe Vukovich, an energy efficiency advocate at the Natural Resources Defense Council, said in a statement. "Since about half of the homes in the U.S. depend on fossil fuels for space heating, this standard will significantly lower energy bills each year and slash dangerous climate-warming emissions across the nation."

The newly proposed DOE rule comes after the agency scrapped a Trump rule that would have weakened the standards for furnaces and water heaters. The Biden administration rule exceeds the Obama-era rule, which set the efficiency standard at 92%.

If it takes effect, the department estimates it would reduce carbon emissions by 373 million metric tons and methane emissions by 5.1 million tons, over the course of 30 years. The department also estimates significant cost-savings for US consumers: $60 a year on their utility bills, totaling an estimated $30.3 billion over three decades.

"AGA will thoroughly examine every aspect of this proposed rule and if it is another attempt to put the natural gas industry out of business we will vigorously object," said Karen Harbert, the president and CEO of the American Gas Association. "At this moment when natural gas is imperative for our country's and the world's stability, placing enormous costs on everyday Americans is wrong-headed at best."

The new rule comes as the Biden administration is focusing more on energy-efficient heating. Last week, Biden invoked the Defense Production Act to speed up domestic manufacturing of heat pumps, among other things, an action that will still require funding from Congress. Senior White House officials will meet with lawmakers this week to talk about two bills that would help fund heat pump manufacturing in the United States.

In addition to reducing planet-warming emissions, Granholm said in a statement that the new furnace measures would "provide huge material benefits to American households in the form of cleaner air, modernized technology, and cheaper energy."

Residential furnaces make up about 15% of annual at-home energy use in the US.

While the new rule would be a big update to the current standards, the US is lagging behind some European countries which are taking bigger steps to phase out fossil-fuel powered furnaces in response to Russia's war on Ukraine.

For instance, the Austrian government recently agreed to phase out gas heaters in new building starting next year, according to its climate minister Leonore Gewessler. Austria is calling for all oil and coal heaters to be replaced with renewable-powered heating by 2035, and all gas heaters to be replaced by 2040 -- with government subsidies to help residents transition their home heating systems.