New Jersey family of four was killed and their mansion set on fire, officials say 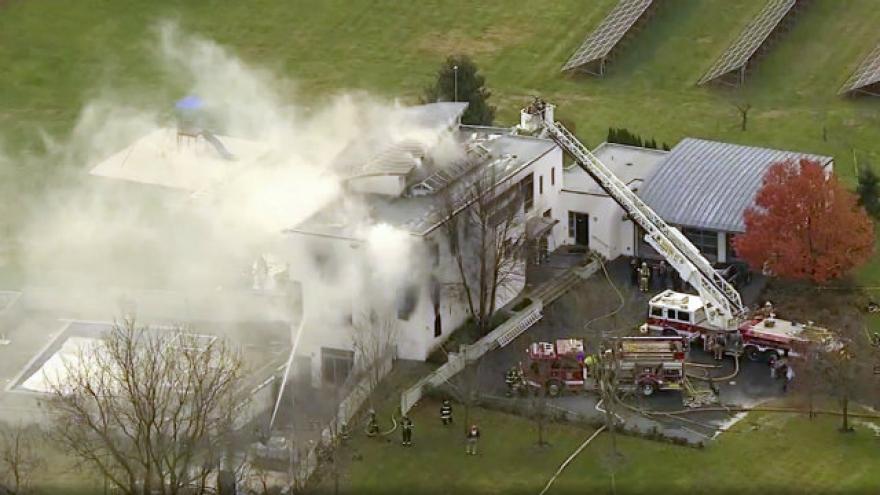 Two adults and two children are dead following a fire at a mansion in Colts Neck, New Jersey that is being investigated as possible arson, a prosecutor said Tuesday. Photo courtesy WABC / AP

(CNN) -- A family of four found dead at their mansion in Colts Neck, New Jersey, were the victims of homicide and their house was subsequently set on fire, Monmouth County Prosecutor Christopher Gramiccioni said Wednesday.

"Today our investigation has revealed that unfortunately, sadly, each of these individuals were the victims of homicidal violence at some point prior to when the fire was set," he said.

Keith and Jennifer Caneiro were identified as two of the victims, and Gramiccioni said they had tentatively identified the other two bodies as those of the Caneiro children, 11-year-old Jesse and 8-year-old Sophia. 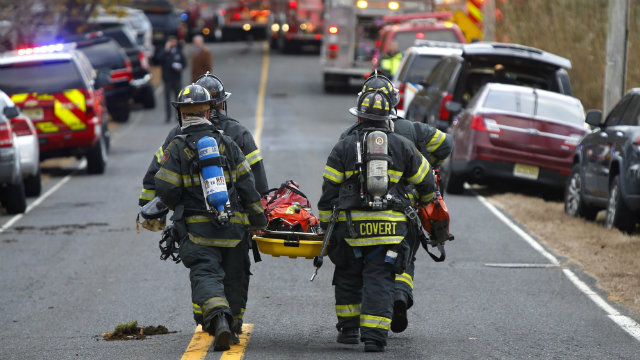 Firefighters carry a stretcher to the scene of a fatal fire at 15 Willow Brook Rd. on Tuesday in Colts Neck. Noah K. Murray / AP
e found severely burned inside the home on Tuesday. Authorities have no reason to believe there was "a suicide angle" in this case, Gramiccioni added.

Gramiccioni said authorities are investigating a separate house fire in nearby Ocean Township as arson and are looking into whether the two fires are related.

The other house is the residence of Paul Caneiro, the brother of Keith Caneiro, Gramiccioni said. Their two homes are about 11 miles apart.

Paul Caneiro, 51, was arrested Wednesday and charged with second-degree aggravated arson in connection to the fire Tuesday morning at his Ocean Township home. He faces 5-10 years in prison if convicted and will be in court November 28 to face that charge and a detention review.

"My client maintains his innocence on this charge and any other potential charges," Caneiro's attorney Robert Honecker told CNN. "His family fully support his defense of this charge. No evidence has been produced that suggests a reason why he would engage in such conduct. He fully expects to be vindicated when this case finally resolves."

Authorities say Paul Caneiro set fire to his house by igniting gasoline while his wife and two daughters were inside, according to the complaint and warrant provided by Monmouth County prosecutors. There were no injuries in that blaze.

Gramiccioni cautioned against leaping to conclusions about the fires until authorities investigate further.

"Both of those homes that we are talking about, they're owned by -- under public records -- by common family members," Gramiccioni said.

"I would just encourage the media and the public to not get carried away until there's reason to believe whether that might be linked or not. It's important not to do that until there is an objective reason to do so."

The call for the Colts Neck fire came in at 12:38 p.m. on Tuesday -- more than seven hours after the Ocean Township fire -- and more than 20 fire departments responded. Authorities said they were not aware of any law enforcement calls to the home before that time.

Paul and Keith Caneiro are the sole officers of a company that involved the sale and service of computers, according to New Jersey business records.

Records from 2014 show that Paul and Keith Caneiro registered an Asbury Park-based company named Jay-Martin Systems that was doing business as "Square One." The company is described as engaging in the "sales and service of computers." A 2007 filing indicates that Keith was the president of the company.

The documents listed the home addresses for Keith Caneiro and Paul Caneiro, which were the sites of the fires in Colts Neck and Ocean Township, respectively.