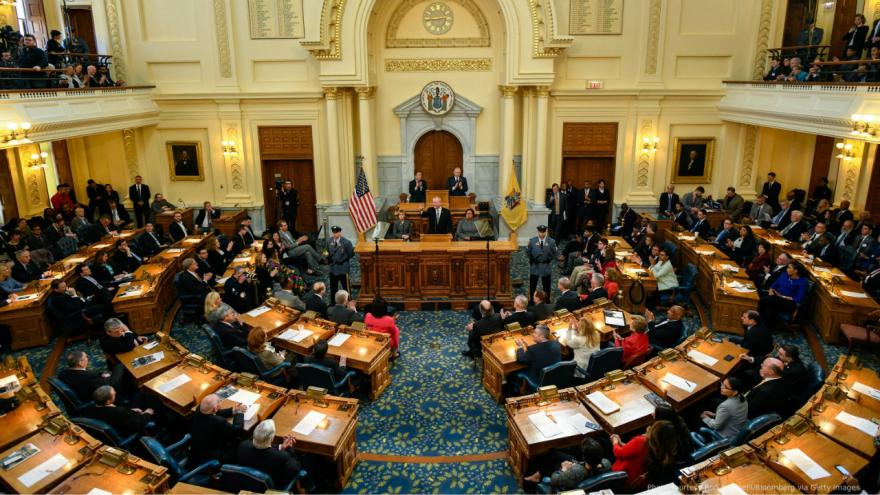 (CNN) -- Terminally ill adults in New Jersey will soon be able to ask for medical help to end their lives.

Gov. Phil Murphy said he plans to sign a bill legalizing assisted suicide which passed the state legislature on Monday. The bill allows adults with a prognosis of six months or less to live to get a prescription for life-ending medication.

The bill requires a second opinion on the diagnosis, and either a psychiatrist or psychologist must determine that the patient has the mental capacity to make the decision. The prescription is a series of self-administered pills that can be taken at home.

"Allowing terminally ill and dying residents the dignity to make end-of-life decisions according to their own consciences is the right thing to do," said Murphy.

Murphy hasn't announced when he will sign the bill into law.

Sponsors of the legislation are happy that the people of New Jersey are going to be given more options with their end-of-life care. "This seems to be something New Jersey residents care about," said Democratic Assemblyman John Burzichelli.

"We've heard lots of stories over the years because they didn't have another avenue to get help."

The bill narrowly passed in the Senate, and some who voted against it are apprehensive about the its effects.

"The bill has lasting ramifications and lots of loopholes," said Republican Sen. Robert Singer. "We are so concerned about opioids, and not trusting doctors with opioids. But now we are willing to trust them with this."

New Jersey legislators have tried passing versions of this bill since 2014, but this was the first time the bill went to a vote in the senate.