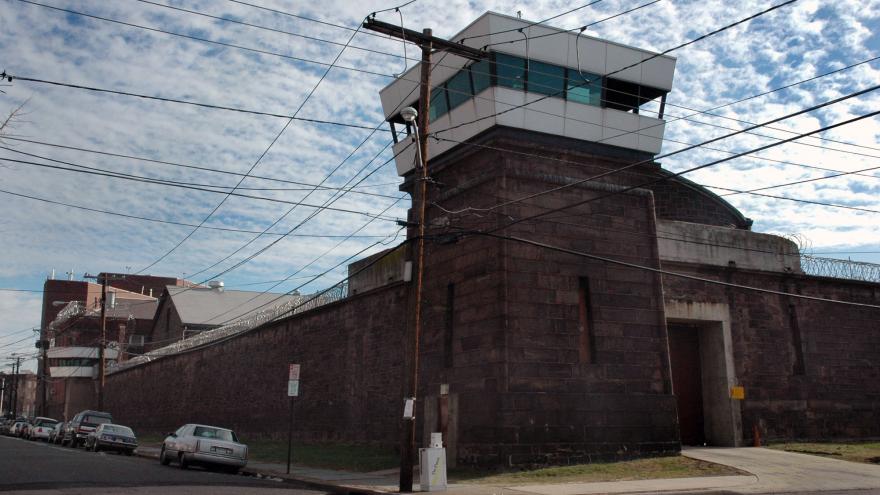 Curt Hudson/Bloomberg/Getty Images-In an effort to fight Covid-19, thousands of prisoners in New Jersey were released as outbreaks continue in the US.

(CNN) -- In an effort to curb the spread of Covid-19, more than 2,200 prisoners in New Jersey will be released on Wednesday under a new law.

The law, passed by the state legislature in September, allows for sentencing credits to be rewarded to inmates within a year of completing their sentence during a public health crisis like the Covid-19 pandemic.

Another 1,167 people will be released on a rolling basis between November 4 and March 4, 2021, New Jersey Department of Corrections (NJDOC) spokesperson Matt Schuman told CNN.

Inmates serving sentences for murder, aggravated sexual assault or who have been deemed a repetitive, compulsive sex offender are not eligible for early release, according to the law.

"Since March, the population in State correctional facilities has decreased by nearly 3,000 people (16%), including more than 1,200 people who were released under Executive Order 124. This dramatic reduction has allowed for critical social distancing as part of the fight against COVID-19," said Gov. Pil Murphy in a press release, after signing the bill into law.

Under the bill, inmates -- including eligible juveniles -- are awarded public health emergency credits that can cut up to eight months off their sentence during any declared emergency period.

This is the first bill of its kind in the country, according to the National Conference of State Legislatures.

New Jersey has recorded one of the highest Covid-19 death per capita rates in the country, with 52 inmates deaths in New Jersey correctional facilities since the beginning of the pandemic.

Its state correctional facilities have reported Covid-19 cases totaling more than 3,000 inmates and over 1,000 Corrections employees, according to NJDOC data.

"The spread of COVID-19 in New Jersey's prisons, and our highest-in-the-nation death rate, has been a matter of public health, a matter of racial justice, and a matter of life and death," said Amol Sinha, executive director of the ACLU of New Jersey in a statement.

"The deaths from COVID-19 in prison were preventable -- and, fortunately, with the signing of this bill into law, New Jersey has taken steps to prevent more unnecessary deaths. This law serves as a roadmap for the rest of the nation to avoid the devastation we have seen here."

Prison inmates are twice as likely to die of Covid-19 than those on the outside, according to a recent study by the National Commission on Covid-19 and Criminal Justice, a commission under the Council on Criminal Justice.

Other studies have also shown that Covid-19 deaths and infection rates are higher in US prisons than in the general population.

Over the summer, multiple jails have released some prisoners as outbreaks in the facilities grew -- like in California and Ohio.