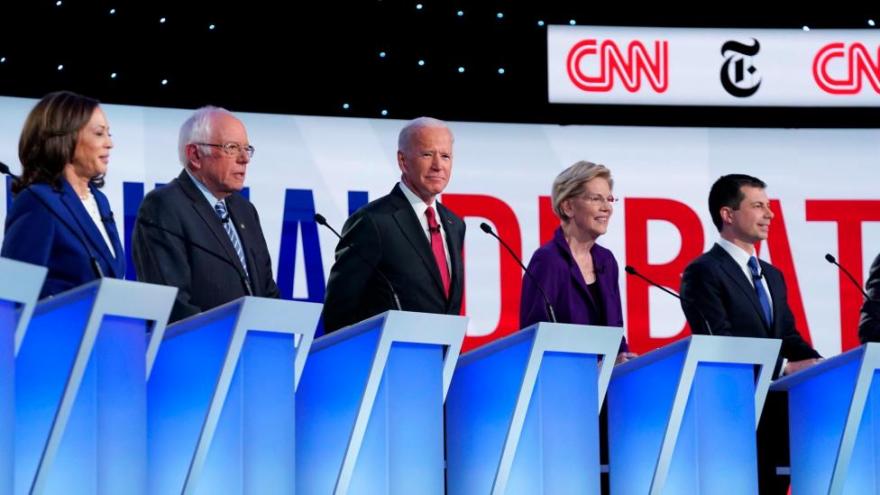 Warren receives 20% support among likely Democratic caucusgoers, followed by 19% for Buttigieg, 17% for Sanders and 15% for Biden.

Behind the top tier are Minnesota Sen. Amy Klobuchar with 5% support, California Sen. Kamala Harris with 4%, and Hawaii Rep. Tulsi Gabbard, businessman Tom Steyer, and businessman Andrew Yang at 3% each. No other candidate receives above 1% support.

The results mark the fourth qualifying poll for the November DNC debate at 3% or higher for Gabbard, meaning she will qualify for the debate stage. The poll also means Klobuchar has met the polling criteria for the December debate. She is the sixth candidate to meet those higher standards.

The new poll mirrors a Siena College/New York Times Upshot poll from last week, which showed a similarly tight four person race with Warren at 22%, Sanders at 19%, Buttigieg at 18% and Biden at 17%.

Likely Iowa Democratic caucusgoers prioritize a candidate who can win the election (33%) over one who is honest (25%), one who cares about people (18%) or one who has good leadership (15%).

Caucusgoers who most prefer an electable candidate are split between supporting Biden, Warren and Sanders (all at 21%), while those who prioritize someone who is a good leader strongly support Buttigieg (32%). Likely caucusgoers who want an honest candidate support Sanders (23%) and Buttigieg (21%), while a candidate who cares about people is strongly backed by Sanders (33%).

A plurality of likely Democratic caucusgoers in Iowa say that health care is the most important issue when deciding who to support (34%), over climate change (24%), and the economy (11%). Those who say the economy is most important plan to support Buttigieg, while health care is divided between Sanders and Warren, and climate change is split between Sanders, Warren and Buttigieg.

The Quinnipiac University poll was conducted by live phone from October 30 to November 5 among 698 Iowa likely Democratic caucusgoers with a margin of error of +/- 4.5 percentage points, including the design effect.