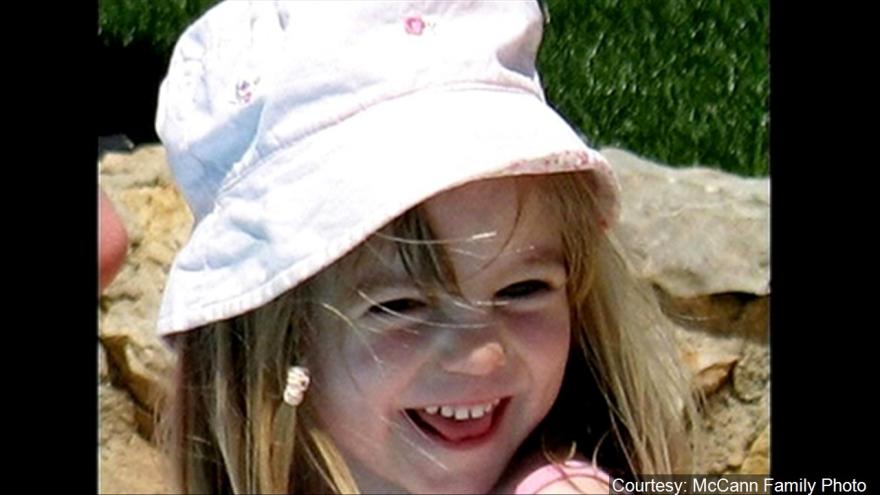 (CNN) -- British and German authorities are investigating a new suspect in connection with the disappearance of British child Madeleine McCann, 13 years ago. UK authorities on Wednesday described the development as a "significant new line of enquiry."

The three-year-old vanished while sleeping in her family's holiday apartment in Portugal on May 3, 2007, in a case that has since gained widespread media attention in the UK. She has never been found, and no one has ever been charged over her disappearance.

The new suspect is a 43-year-old German man, authorities from both countries said.

The suspect has previously been convicted for sexually abusing children, German State Prosecutor's office of Braunschweig, State of Lower-Saxony said in a statement on Wednesday, which added that he is currently serving a "long" jail sentence "for an unrelated matter." He is now being investigated for "possible murder" in connection with McCann, the office said.

The suspect had lived in Portugal's Algarve region from 1995 to 2007, and also resided in a house in Praia de Luz, the resort from which McCann disappeared, according to the prosecutor's office.

London's Metropolitan Police on Wednesday also revealed details of two cars linked to the suspect around the time of the disappearance, and called on the public to step forward with any information about them.

"The first vehicle is a distinctive VW T3 Westfalia campervan. It is an early 1980s model, with two tone markings, a white upper body and a yellow skirting. It had a Portuguese registration plate," the UK statement said.

"The suspect had access to this van from at least April 2007 until sometime after May 2007. It was used in and around the area of Praia da Luz."

"The second vehicle is a 1993 British Jaguar, model XJR 6, with a German number plate and registered in Germany," the statement added. "This car is believed to have been in the Praia da Luz and surrounding areas in 2006 and 2007. The car was originally registered in the suspect's name. On 4 May 2007, the day after Madeleine's disappearance, the car was re-registered to someone else in Germany."

The Metropolitan Police began reviewing McCann's disappearance in 2011, in an large-scale investigation known as Operation Grange that has cost at least £11.75m ($14.7) as of June 2019.

"Following the ten-year anniversary, the Met received information about a German man who was known to have been in and around Praia da Luz. We have been working with colleagues in Germany and Portugal and this man is a suspect in Madeleine's disappearance," Detective Chief Inspector Mark Cranwell said in a statement Wednesday.

There is a £20,000 (about $25,000) police reward for information leading to the conviction of those responsible.

Portuguese police also issued a statement that "steps are still being taken to reach the full clarification of the situation" and that "the family of the missing child has been informed of these investigative developments by the British authorities."