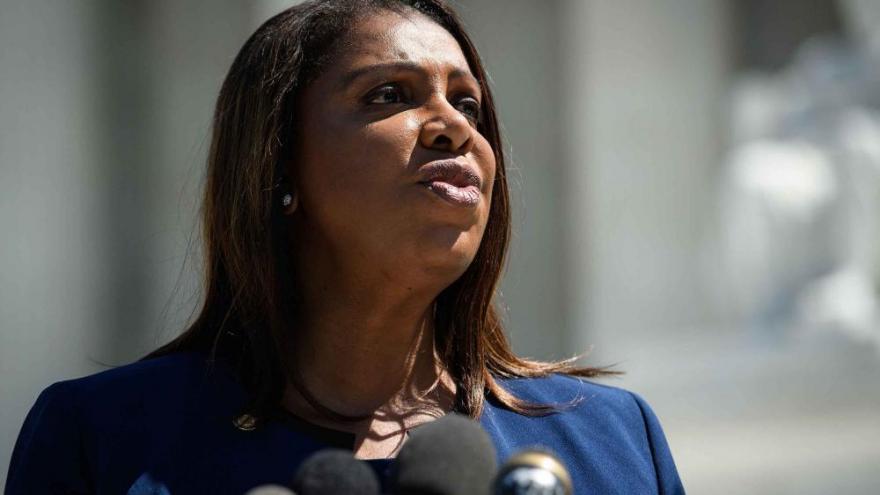 The suit asks the court to declare the Postal Service changes unconstitutional, and to block any substantial, nationwide changes to service from being implemented without first seeking an opinion from the Postal Regulatory Commission.

Hawaii, New Jersey, New York City and the City and County of San Francisco joined the suit filed in federal court in Washington, DC, on Tuesday.

"This USPS slowdown is nothing more than a voter suppression tactic," James, a Democrat, said in a statement. "Yet, this time, these authoritarian actions are not only jeopardizing our democracy and fundamental right to vote, but the immediate health and financial well-being of Americans across the nation."

The suit marks the third state-backed lawsuit against the USPS, pushing back on operational changes to the Postal Service that has disrupted mail delivery across the country just months before the general election, in which voters are expected to utilize mail-in voting in much larger numbers due, in large part, to the coronavirus pandemic.

The suit cites testimony before Congress by Postmaster General Louis DeJoy and former vice chairman of the USPS Board of Governors, David Williams. Williams, who resigned from his post April, testified that Treasury Secretary Steven Mnuchin had been directly interfering with the Postal Service's operations for months before he resigned.

James said her office continued to be concerned after DeJoy testified that he had no intention of returning removed collection boxes or sorting equipment.

James said at a press conference that the parties involved in the suit decided to file anyway after it was clear that congressional oversight and public outcry would not address this issue.

"When we concluded that none of these efforts have resulted in policy changes they've put in place we decided to use the power and the weight of New York State to litigate these claims," James said.

Three towns in western New York that typically receive 80,000 pieces of mail a day received not a single letter on July 11, the suit claims.

A spokesman for the USPS and DeJoy had no comment on the suit when contacted by CNN.

In an August 21 statement, the Postal Service stated it has "more than enough" capacity to handle election mail volume.

"Postmaster General DeJoy's number one priority is to deliver election mail on-time and within the Postal Service's well-established standards," the agency said. "Effective October 1, he is committed to engage standby resources in all areas of Postal Service operations, including transportation, to satisfy any unforeseen demand."

This story has been updated with a response from the Postal Service.