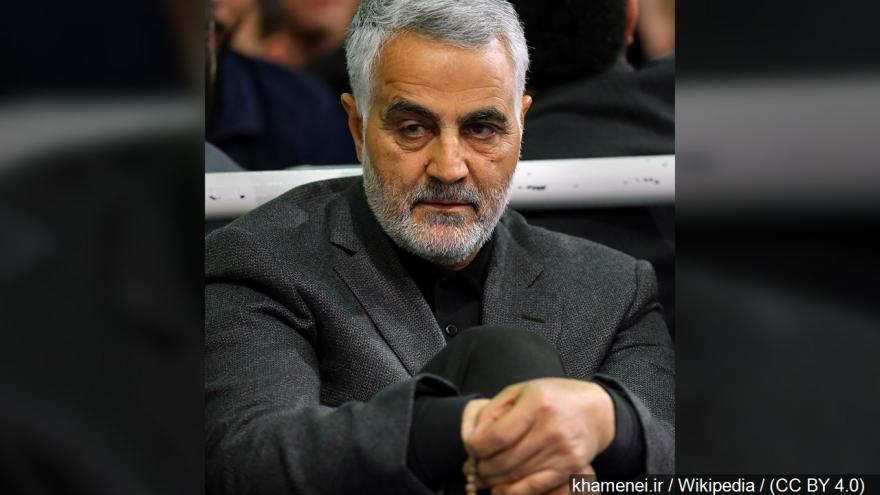 (CNN) -- New York City is taking extra measures to protect major areas from any potential revenge attacks after a US airstrike killed a top Iranian general.

Mayor Bill de Blasio said he's spoken with top city officials about immediate steps the New York Police Department will take to protect key locations "from any attempt by Iran or its terrorist allies to retaliate against America." The city will be "vigilant against this threat for a long time to come," de Blasio tweeted.

The Los Angeles Police Department said there are no credible threats to the city either but it's monitoring the developments in Iran.

"We will continue to communicate with state, local, federal and international law enforcement partners regarding any significant intel that may develop," it tweeted.

The Pentagon confirmed in a statement that Trump had ordered the strike, saying Soleimani "was actively developing plans to attack American diplomats and service members in Iraq and throughout the region." It accused Soleimani and his Quds Force of killing hundreds of American and coalition service members.

"This strike was aimed at deterring future Iranian attack plans," the Pentagon said.

House Speaker Nancy Pelosi urged the Trump administration to brief lawmakers on the airstrike and what the White House plans to do next.

"The Administration has conducted tonight's strikes in Iraq ... without the consultation of the Congress," she said in a statement. "The full Congress must be immediately briefed on this serious situation and on the next steps under consideration by the Administration, including the significant escalation of the deployment of additional troops to the region."

Soleimani was killed at Baghdad International Airport. The State Department has warned US citizens to leave Iraq immediately amid heightened tensions in the region.